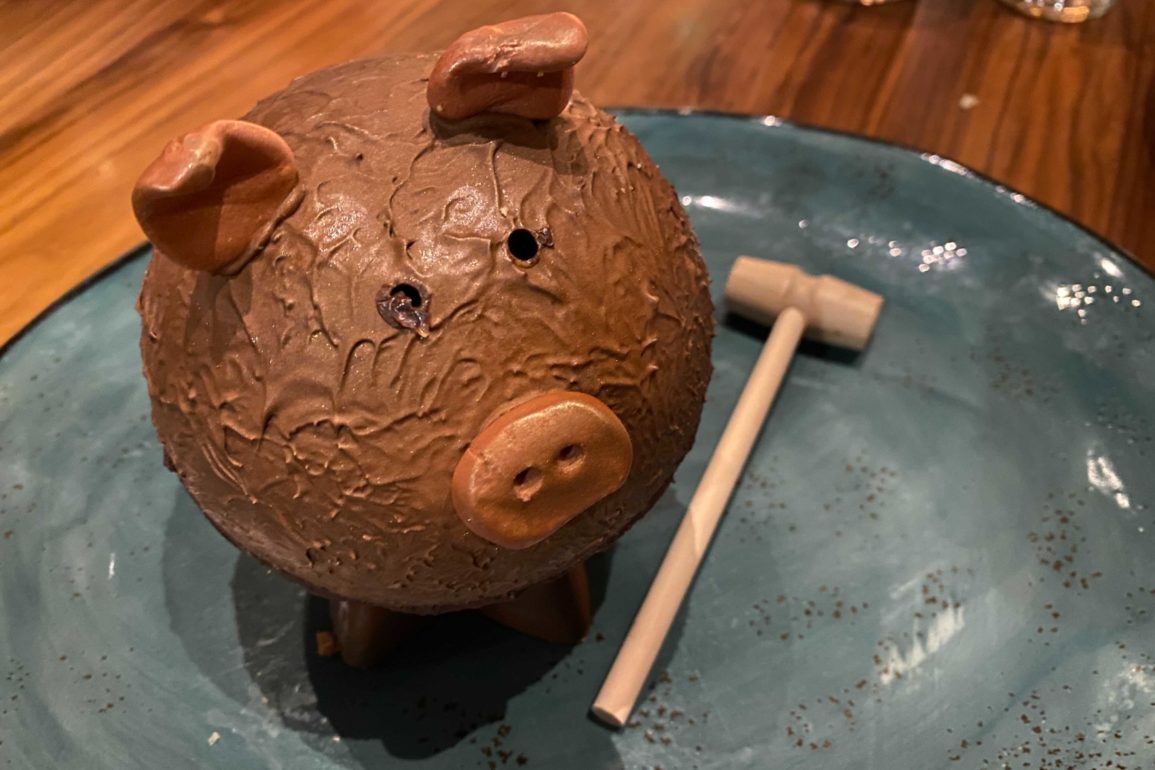 Frontera Cocina at Disney Springs is celebrating the 50th anniversary of Walt Disney World with a new chocolate “pigñata.” This pig piñata is similar to treats we’ve tried at The Ganachery, with a hammer to break open the outer shell.

True to its name, this chocolate piñata looks like a round little pig. It’s meant to serve two people.

The outside shell is tempered well and snaps.

The pig even has tiny feet and a tail.

Inside, there’s plenty of cake. It’s moist and delicious. Both the vanilla and whiskey were apparent.

The crumbled cookies, bacon, and candied oranges didn’t do this dessert any favors. The orange was nice but clashed horribly with the oily bacon, which overpowered the other flavors in the dessert.

There’s a decent amount of mousse, but it is only coating the bottom of the shell, not spread throughout. It’s light and slightly sweet. It’s good, but the flavor is hard to distinguish from everything else.

Each bite of this dessert was different from the last, which was interesting, but we would still pass on this. The cake was the best part, followed by the chocolate exterior.