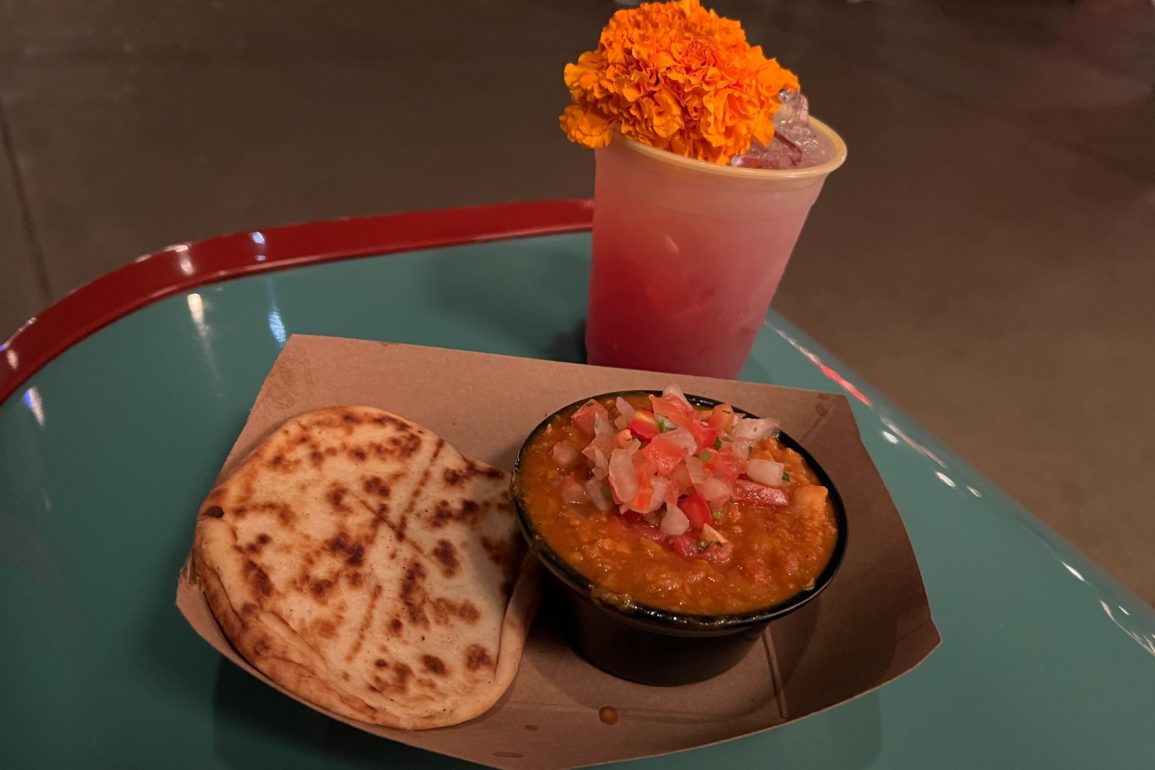 The Festival of Holidays at Disney California Adventure begins November 12. However, the food booths opened two days early. We tried the offerings at Favorite Things Marketplace.

Chana masala literally means “mix-spiced small-chickpeas,” but this dish has much more than chickpeas. It features a wide variety of vegetables including tomatoes, onions, and more. The dish is a bit tomato heavy with a lot of salt as well.

It is hearty and warm, perfect for a chilly Anaheim evening.

Sadly, the naan is terrible. It has all the quality of prepackaged, grocery store naan; it’s very dry.

This item returns from 2019. The Holiday Stuffing Mac and Cheese is amazing. For starters, the cheese is great, not your usual mac accompaniment, which gives the macaroni a stronger flavor and it feels like more than something you could make in a college student’s kitchen.

Throw the stuffing on top and you’ve got a dish that would make Remy proud, combining the salty stuffing with the strong cheese and the always reliable macaroni to make a snack that some members of our crew would eat as an actual dish. Winner winner stuffing dinner! As Remy would say, “If you are what you eat, then I only want to eat the good stuff!”

This drink is a refreshing mix of hibiscus and ginger. It has a strong mezcal flavor on the backend.

The most impressive aspect is the full marigold on top. This strong drink is a fine option, particularly for mezcal fans.