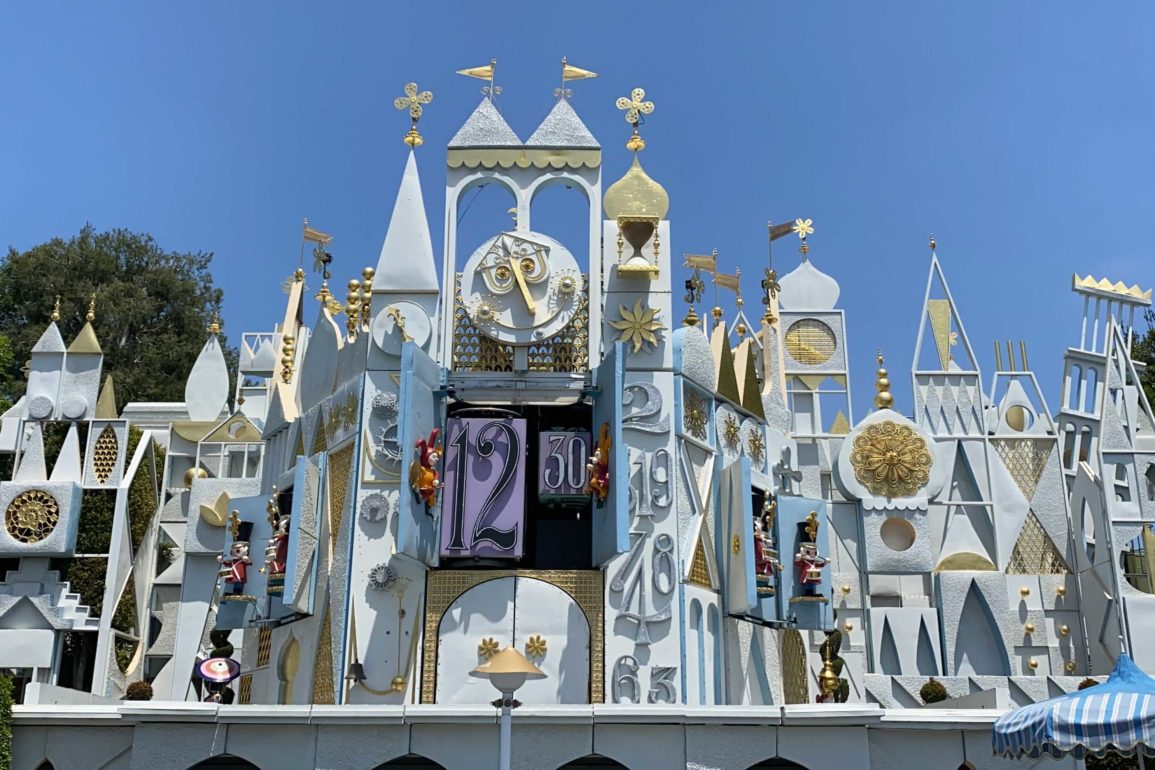 Following a flood that affected machinery, “it’s a small world” at Disneyland has been closed for an extra three weeks. It was already closed for the installation of its holiday overlay.

Thankfully, crews have been working hard to get the classic attraction back up and running. According to the Orange County Register, “it’s a small world” is expected to reopen next week with its holiday overlay.

Twenty departments and over 75 Cast Members worked to get the ride back open by Christmas.

The eight-foot-deep maintenance room beneath the loading station was filled with water during the flood. Once the water was drained and the damage assessed, an industrial-grade dehumidifier was lowered by crane into the loading area to remove moisture.

“We just opened up all the panels and turned on the dehumidifier for 48 hours,” facilities asset project manager Joelle Medina said. “It really dried out the space.”

The team then raced to get new parts amid shipping delays and finish a job that would usually take months. This involved reaching out to other “it’s a small world” attractions across the world.

“We’re reaching out to the other Small Worlds and other rides around the world at Disney parks and saying, ‘Hey, do you guys have this part and can you have it here by tomorrow?’” Tomlin said.

“Small World equals Christmas at Disneyland,” Tomlin continued. “That theme really brought the team together towards the common goal.”