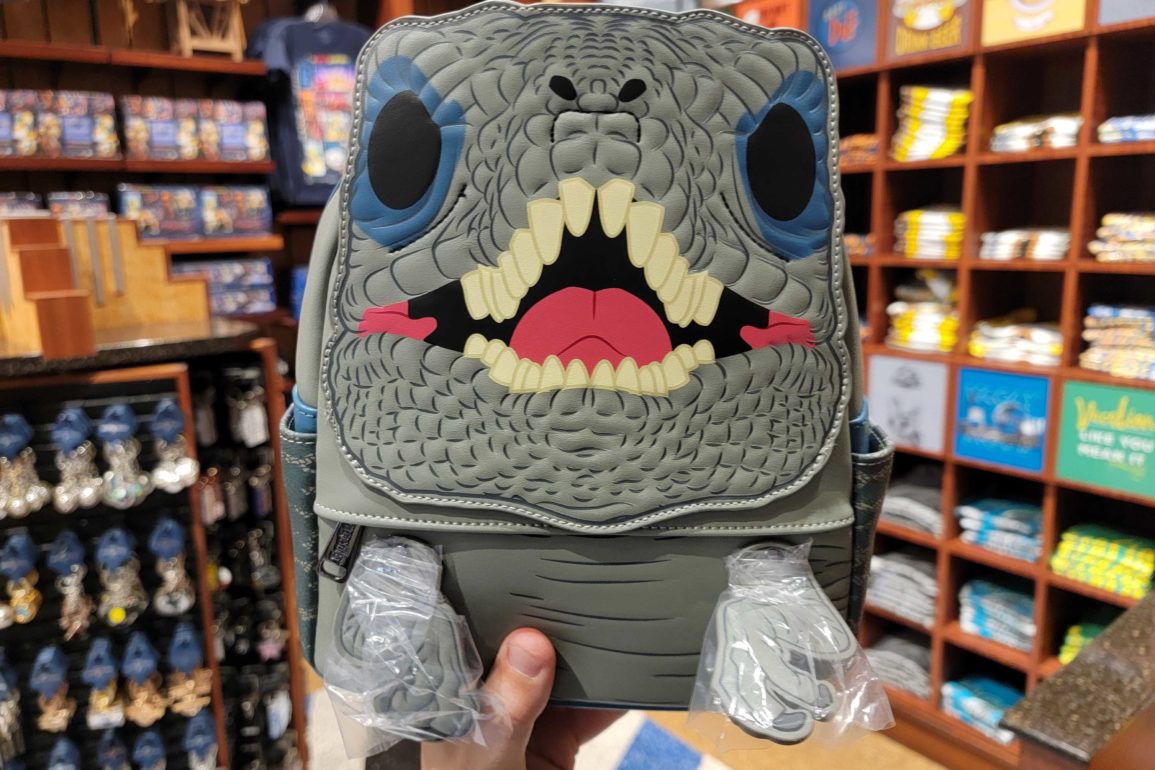 Jurassic World’s most popular velociraptor has been immortalized in a new Loungefly backpack now available at Universal Studios Hollywood.

Blue, one of the many dinosaurs seen on Jurassic World: The Ride, is the subject of the latest Loungefly release at the park.

The front features Blue, with teeth exposed, along with raptor claws sticking out to look all the more terrifiying.

The Loungefly logo appears with the Funko “POP!” emblem, as Blue is rendered in the POP! fashion.

The straps are (appropriately) blue, which stands out against the gray base.

Inside, the Jurassic World logo appears with the POP! symbol.

Curiously, the Jurassic Park logo appears on the bag, despite the fact that Blue appears in the Jurassic World movies, which continue the franchise.

The backpack retails for $82.00. We found it at the Universal Studio Store in the park’s Upper Lot.