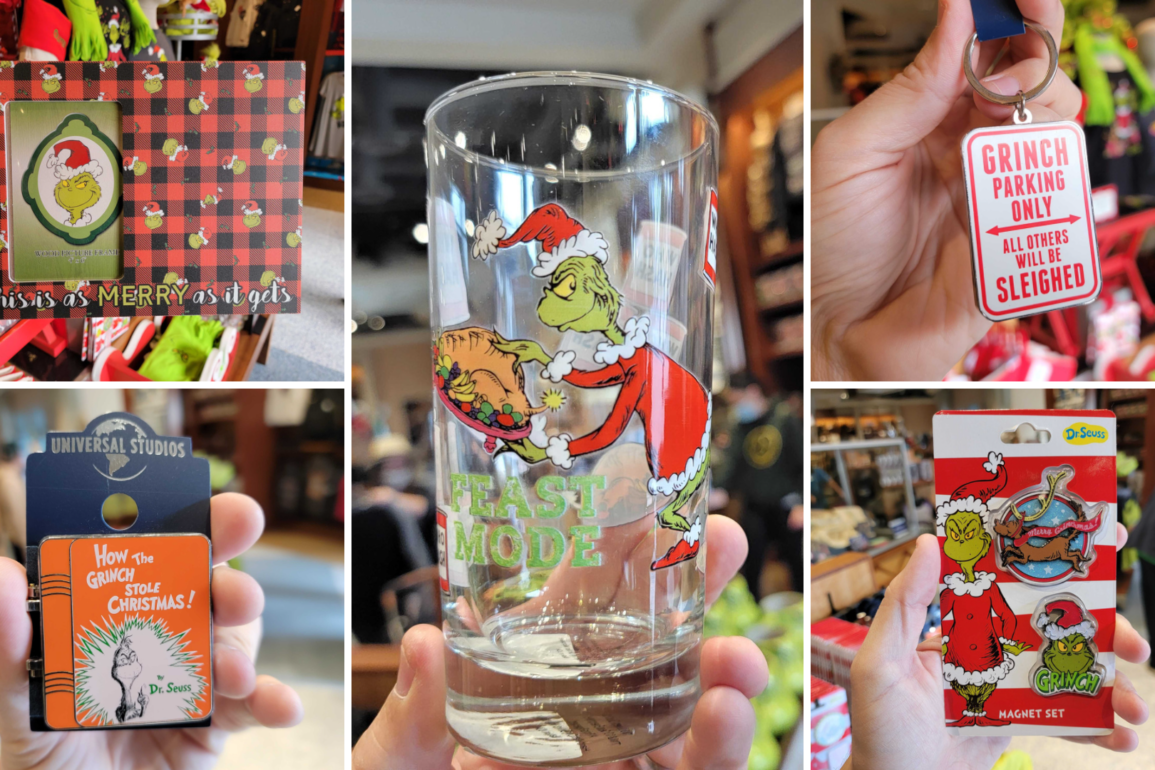 More “How the Grinch Stole Christmas” merchandise has arrived at Universal Studios Hollywood include a photo frame, magnets, pins, and more.

This photo frame says, “This is as merry as it gets.”

It’s plaid with the Grinch’s grinning face all over it.

Two magnets — one featuring Max and the other featuring the Grinch — are included in this set.

This pin resembles the original book.

Inside is the Grinch on his sleigh proclaiming, “Merry Grinchmas!”

This Max keychain looks like the magnet in the set above.

This keychain reads, “Grinch parking only; all others will be sleighed.”

Finally, this shot glass features the Grinch surrounded by Who Hash and Roast Beasts.

We found this merchandise in the upper lot’s Universal Studios Store.