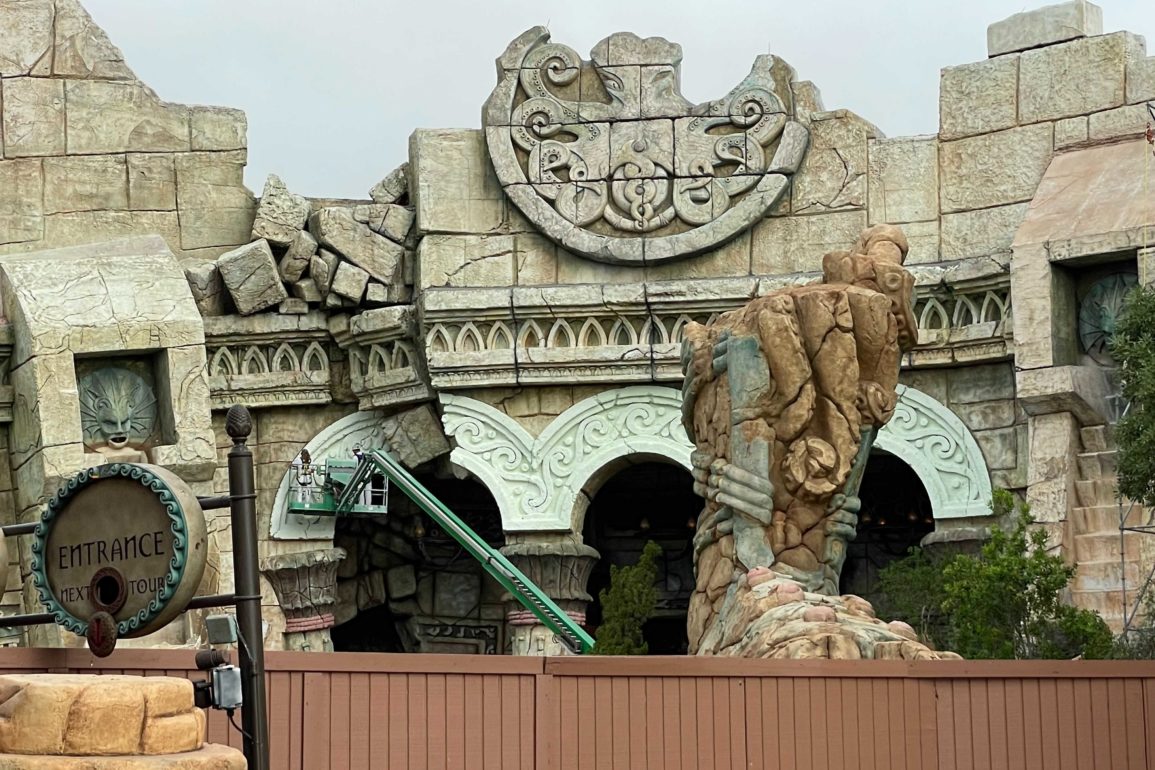 PHOTOS: Painting Continues on Exterior of Poseidon’s Fury in Universal’s Islands of Adventure

Work is finally underway on the exterior façade of Poseidon’s Fury in Universal’s Islands of Adventure. The attraction has been temporarily closed since August 2020, and construction walls were put up in August 2021.

Scaffolding was erected on one section of the façade last month.

However, we haven’t seen much work in this area.

Painters have actually been working on the archways nearby.

It looks like they were filling in some of the archway’s (nondecorative) cracks before painting with a white primer.

Though many cracks are part of the façade’s “ancient ruins” look, some may not be purposeful or may impede repainting.