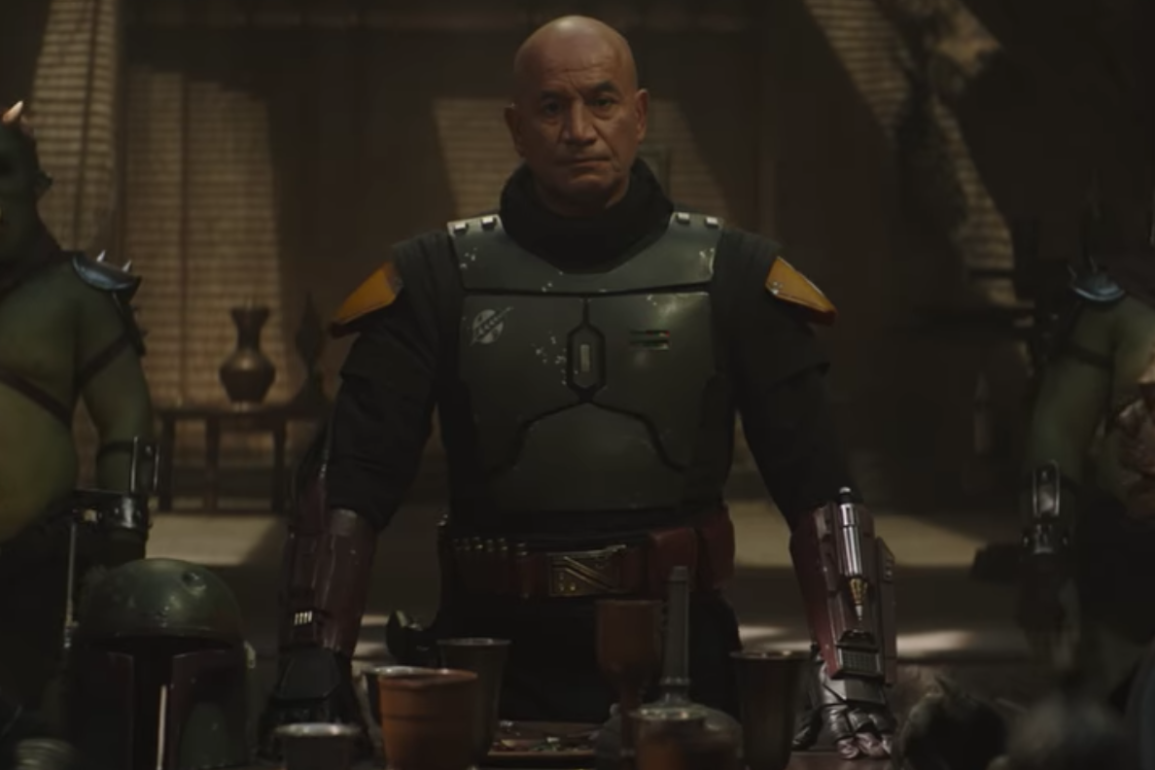 LucasFilm and Disney+ have released a new trailer for “The Book of Boba Fett,” focusing on the show’s return to Tatooine. The trailer features new clips from the series. Watch it on the “Star Wars” Instagram below.

“The Book of Boba Fett” finds legendary bounty hunter Boba Fett and mercenary Fennec Shand navigating the galaxy’s underworld when they return to the sands of Tatooine to stake their claim on the territory once ruled by Jabba the Hutt and his crime syndicate.

The series stars Temuera Morrison and Ming-Na Wen. It is executive produced by Jon Favreau, Dave Filoni, Robert Rodriguez, Kathleen Kennedy, and Colin Wilson. Karen Gilchrist and Carrie Beck are co-executive producers. John Bartnicki is a producer, and John Hampian is a co-producer.

Check out previous TV spots for the show. It will premiere on December 29 on Disney+.