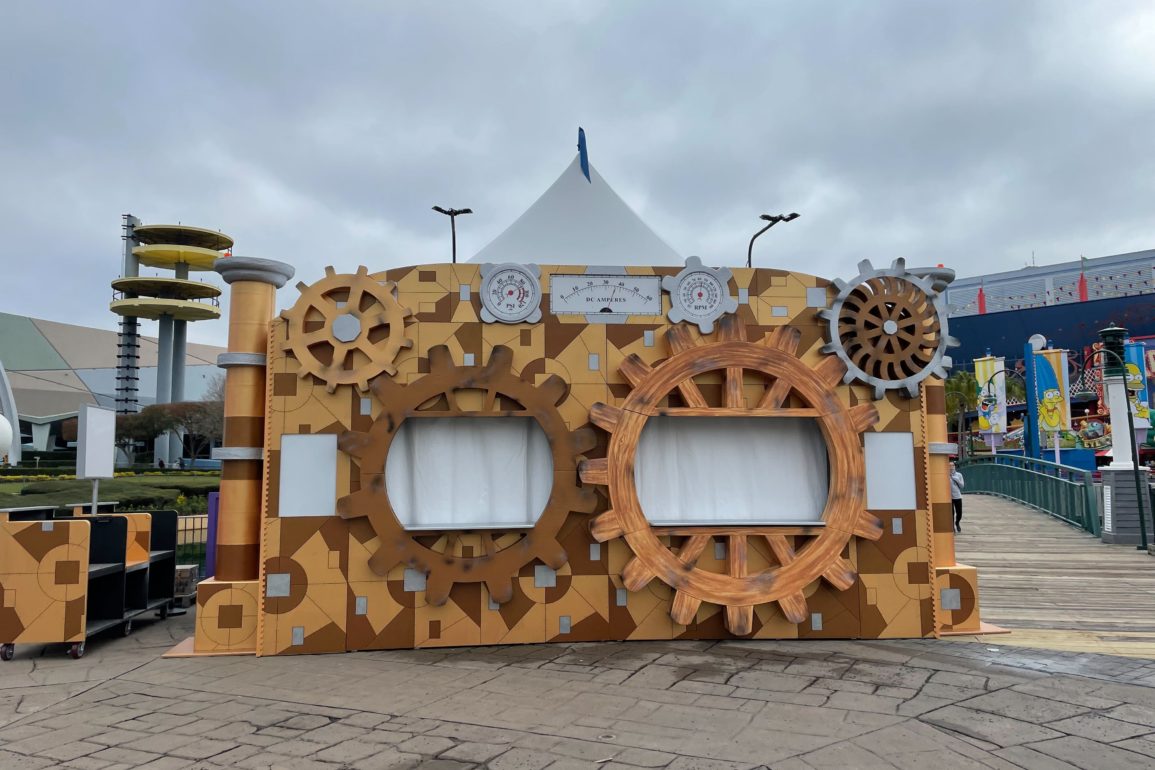 We’re one week out from the biggest party of the year, and preparations for Mardi Gras at Universal Studios Florida are well underway. We spotted more theming added to the food booths around the park.

The booth located at the bridge between Springfield and London has received a steampunk makeover.

The cart has been themed to match.

We previously reported on a few other themed food booths for Mardi Gras here.

Two windows peek out through the gears. The menu placards remain blank at this time, though Universal did preview some of the dishes and drinks coming to this year’s event.

Outside Animal Actors on Location!, this booth has a new bamboo façade.

A volcano-esque booth is located outside KidZone Pizza Company in Woody Woodpecker’s KidZone.

Behind the booth, you can spot Woody Woodpecker in a chef’s hat.

Looking for Mardi Gras merchandise? Look no further than this post. And let us know if you’re excited to celebrate Mardi Gras at Universal Orlando Resort in the comments below!