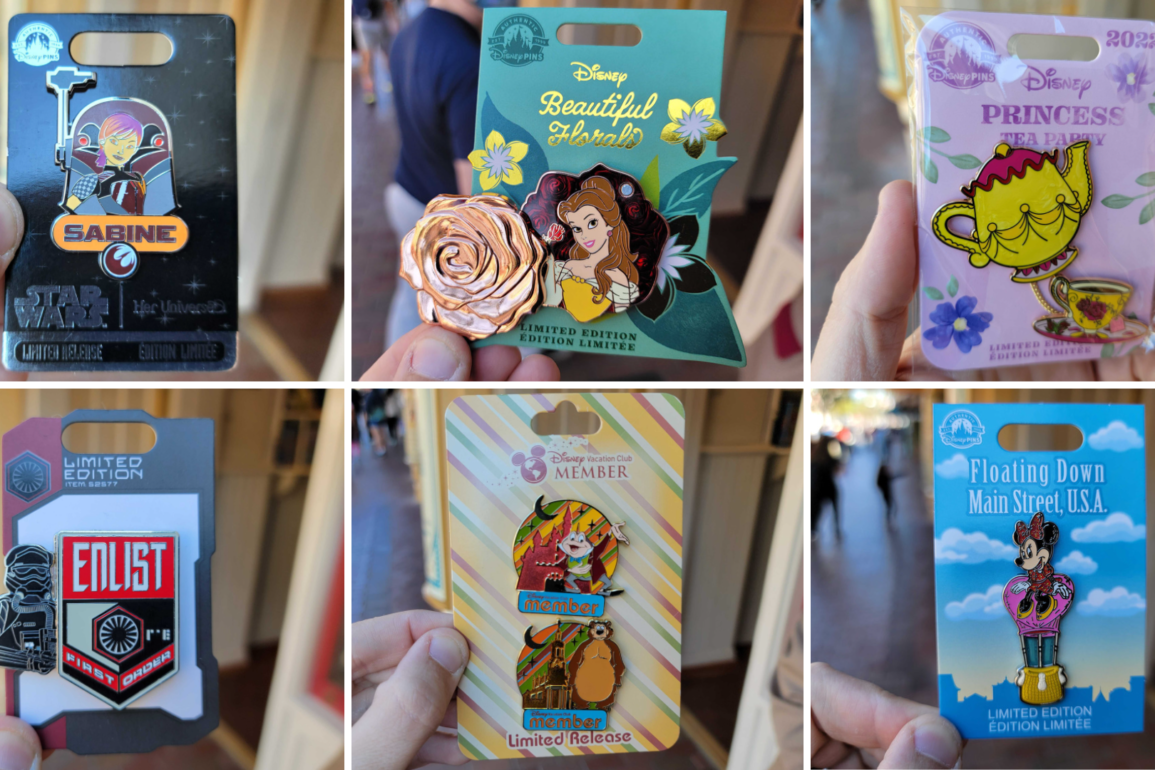 Several new pins have arrived at Disneyland Resort. We found these in 20th Century Music Company at Disneyland.

This is the first in a series of “Princess Tea Party” pins.

It’s inspired by Belle’s yellow dress and the enchanted rose from “Beauty and the Beast.”

It is two pins, a teapot and a teacup on a saucer, connected by a chain. It has a limited edition size of 4,000.

It opens to reveal Belle. It has a limited edition size of 4,000.

The center flips back and forth to reveal either a Trooper or a TIE Fighter. It has a limited edition size of 3,000.

These next two pins are both by Her Universe and feature “Star Wars” heroines. Bo-Katan is pictured with her Mandalorian helmet in the background and her name below.

Bo-Katan has appeared in “Star Wars: The Clone Wars,” “Star Wars: Rebels,” and “The Mandalorian.”

Sabine is also pictured with her Mandalorian helmet.

She was a main character in “Star Wars: Rebels” and is set to appear in the upcoming live-action “Ahsoka” series.

This set exclusive to Disney Vacation Club members includes two pins, each representing one of the Disneyland Resort parks.

The second features Humphrey the Bear in front of the Carthay Circle Theater.

The pins feature Tony’s from “Lady & the Tramp,” Tiana’s Palace from “The Princess and the Frog,” and more.

Any of these pins you’ll be adding to your lanyard? Let us know in the comments below!