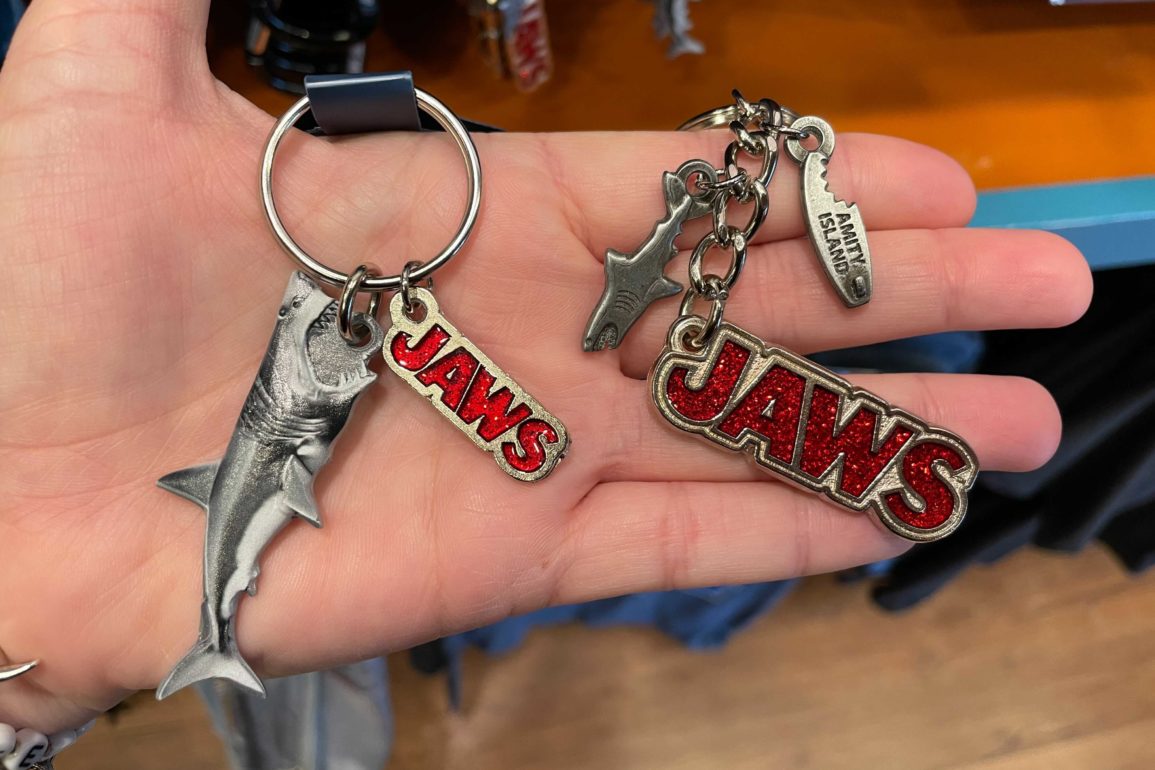 The keychains have similar charms, and each cost $11.

This first keychain has two charms.

One is a large version of Bruce the shark.

The other is the “Jaws” logo in shiny red letters.

The second keychain has three charms.

The “Jaws” logo is the biggest charm, hanging from a small chain.

There’s an Amity Island surfboard with a large bite out of it.

And a smaller version of Bruce the shark.