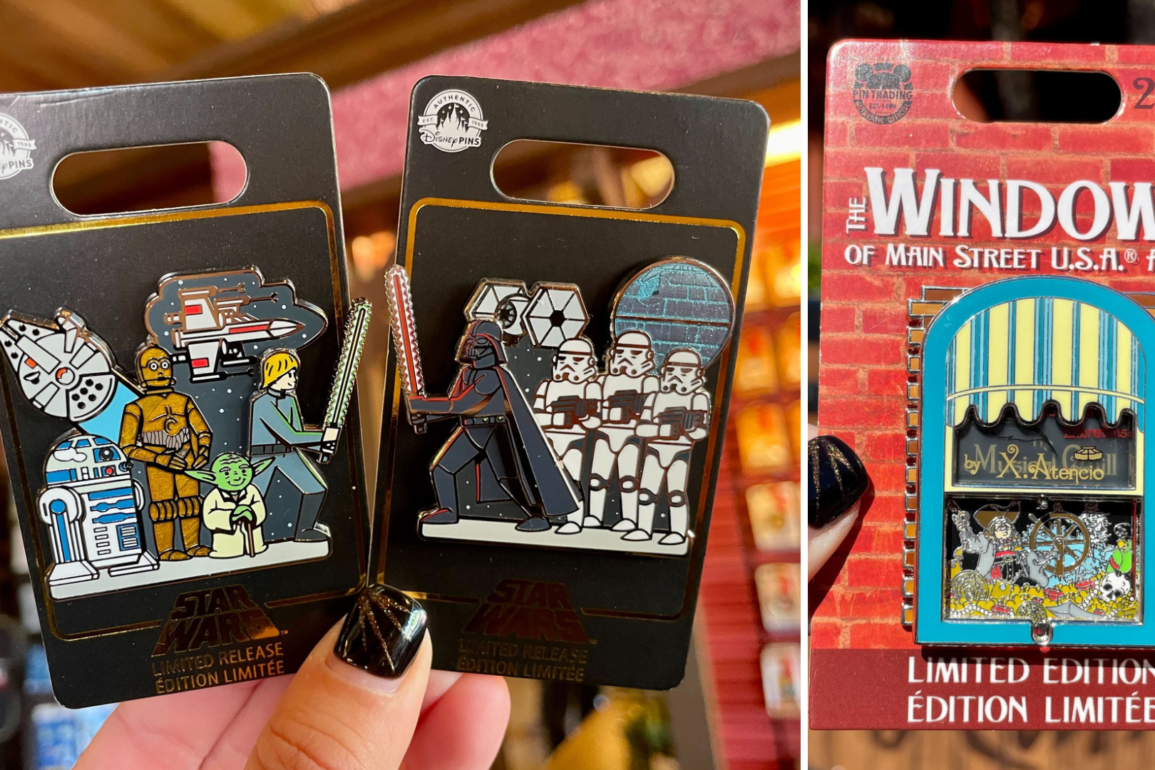 We found the pins in Frontier Trading Post at Magic Kingdom. The “Star Wars” pins are made to go side-by-side, with Darth Vader and Luke Skywalker facing off against each other in a lightsaber battle.

Darth Vader is joined by Stormtroopers, with a TIE Fighter and the Death Star in the background.

R2-D2, C-3PO, and Yoda are next to Luke. The Millennium Falcon and an X-Wing are in the background.

The window advertises “The Musical Quill.” It says “Lyrics and Librettos by X. Atencio.” X. Atencio was an animator and Walt Disney Imagineer.

It opens to reveal a pirate surrounded by gold. The attraction’s signature song, “Yo Ho (A Pirate’s Life for Me),” was written by X. Atencio.

Next
UPDATE: Hogwarts Express to Remain Closed for Another Week Due to Issue With Pull Cable