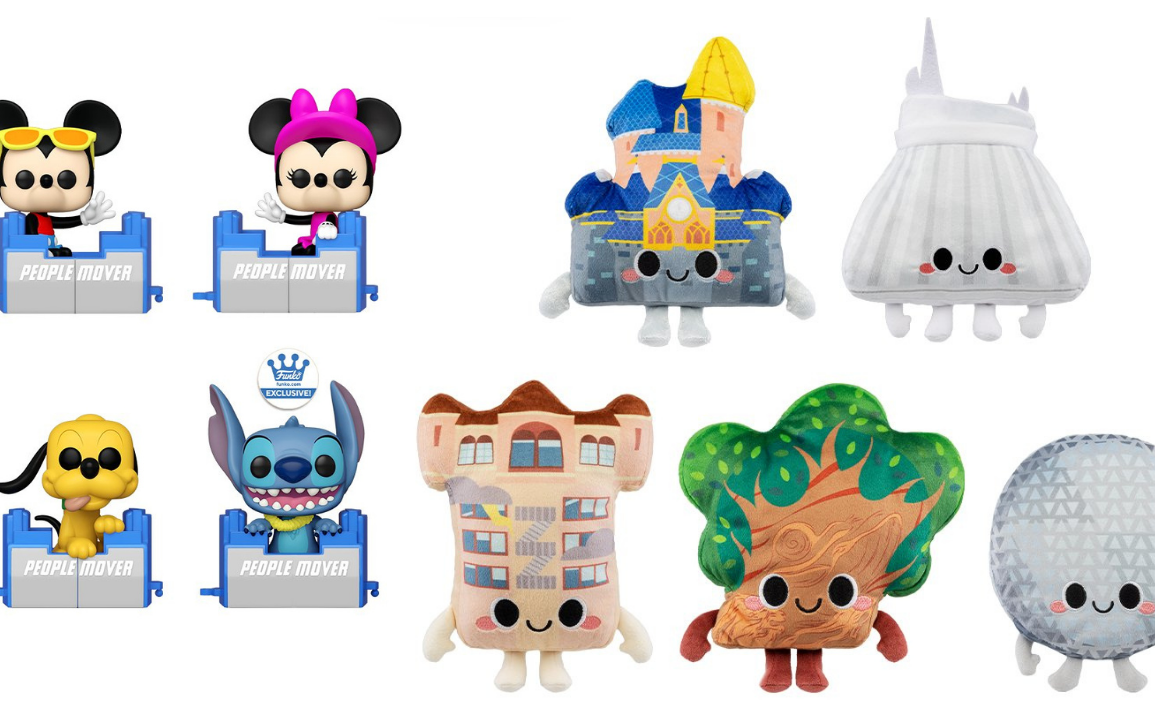 Many of these new items can be found on Amazon. The PeopleMover Stitch figurine is exclusive to Funko.com.

The Space Mountain Mickey figurine is exclusive to Amazon. Mickey with his sorcerer hat, part of the Diamond collection, is a Hot Topic exclusive. A flocked version of the Pirates of the Caribbean dog is a Box Lunch exclusive.

There are two keychains, and two diamond versions exclusive to Hot Topic and Box Lunch.

There are five plush, each resembling a different Walt Disney World icon. These will be officially released on April 1, 2022.

Here are the items currently available for pre-order on Amazon.

Mickey on the PeopleMover will be officially released on April 11.

Captain Hook will be officially released on April 9.

Previous
Menus Released for 2022 EPCOT International Festival of the Arts