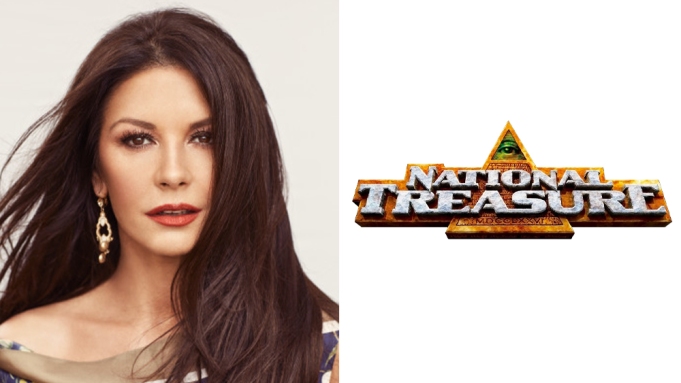 Catherine Zeta-Jones has joined the cast of the upcoming “National Treasure” Disney+ series as a co-lead with Lisette Alexis.

Zeta-Jones will play Billie, a “badass billionaire, black-market antiquities expert, and treasure hunter who lives by her own code. She transformed herself from a penniless orphan to a shrewd, stylish businesswoman and adventurer. Billie’s used to getting what she wants—and she wants the Pan-American treasure. But not just for the money. This treasure has deeper stakes for her.”

Lisette Alexis plays Jess Morales, a 20-year-old DREAMer and brilliant mind who loves mysteries, as she uncovers the truth about her family and attempts to save the lost Pan-American treasure.

Jerry Bruckheimer, the producer of the “National Treasure” film series, is returning to executive produce the series, along with Jon Turteltaub and Marianne and Cormac Wibberley. The pilot is written by the Wibberleys and Rick Muirragui and will be directed by Mira Nair. Production is set to begin this month in Baton Rouge, Louisiana.

Previous
PHOTOS: Scaffolding Up for Refurbishment of Dudley Do-Right’s Ripsaw Falls in Universal’s Islands of Adventure