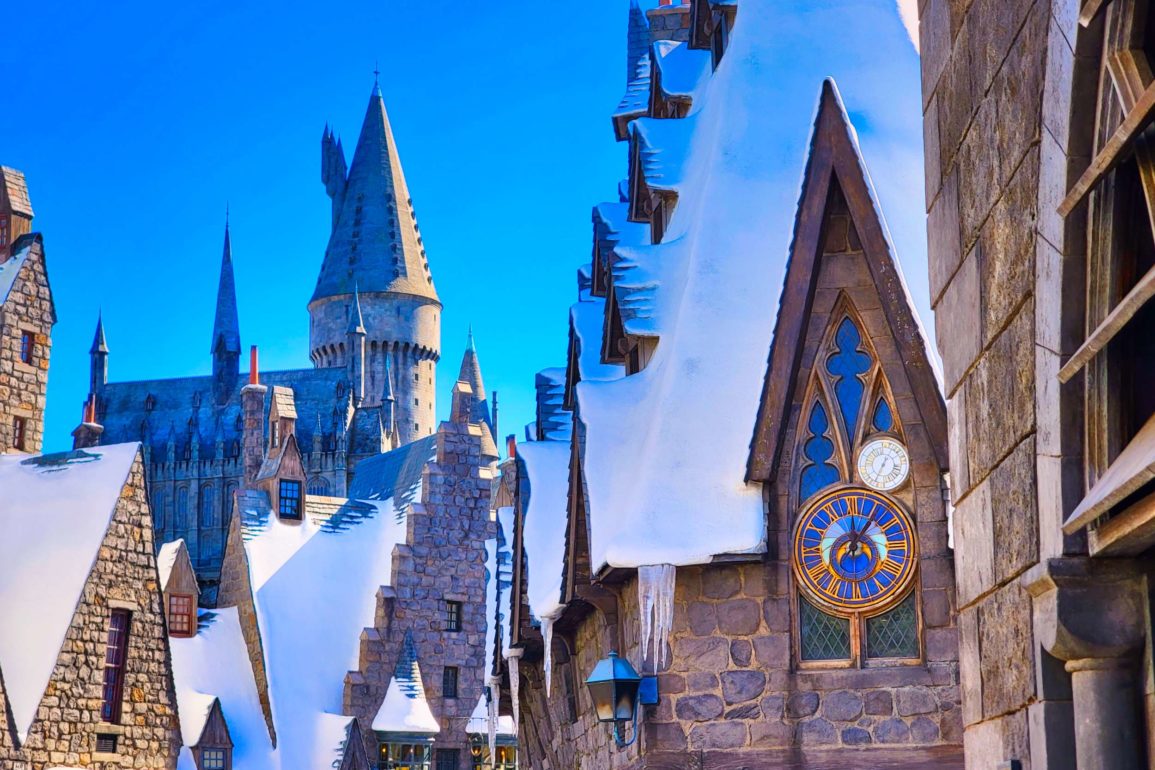 In CityWalk, we stopped by the future location of Toothsome Chocolate Emporium and Savory Feast Kitchen to see how construction is moving along. We haven’t seen a whole lot of progress in previous reports, but it looks like things are finally picking up.

We have a beautiful, if rather hot, day for park going.

The Beijing Olympics started last week and run for another week, so now is the perfect time to show your support for Team USA with some new merchandise. Much of this collection is focused on the Olympics as a branded event, but there are some Team USA pins available as well.

And the 2020 Tokyo Olympics merchandise is still out, but now on a 70% discount.

While shopping around the Universal Studios Store, we picked up our USH Pass Member Appreciation button. Universal Orlando Resort may have discontinued their monthly Passholder buttons, but Universal Studios Hollywood has picked up the trend. It may not be a monthly-release button, but it’s a start and much appreciated to see that USH cares for their pass members.

There’s not a lot of change going on across the park as we are in the slow season, but we’re taking the opportunity to appreciate the things that you can see every visit — like this spectacular view in the Wizarding World of Harry Potter.

From the Upper Lot, we can check in on the progress of Super Nintendo World being built. Again, not a lot of visible progress here other than the black sheathing that we saw being installed on our last checkup.

It is unseasonably warm for February in LA, with daytime highs in the mid to high 80s all week. As such, for the first time of the season, we saw some kids (not pictured) playing in the fountains of Super Silly Fun Land to cool off.

And the misters were on full blast all across the park, as guests huddled in front of them to get a spritz.

Revenge of the Mummy — The Ride is back open after a short refurbishment, so we went on an Egyptian adventure to see what was new.

While there weren’t any changes or additions, everything seems to be touched up a bit and looking spiffy.

Well, as spiffy as an abandoned Ancient Egyptian tomb can be.

All of the effects seem to be in working order.

The ethereal mummified guards of the underworld are showing up nice and bright along the ride path.