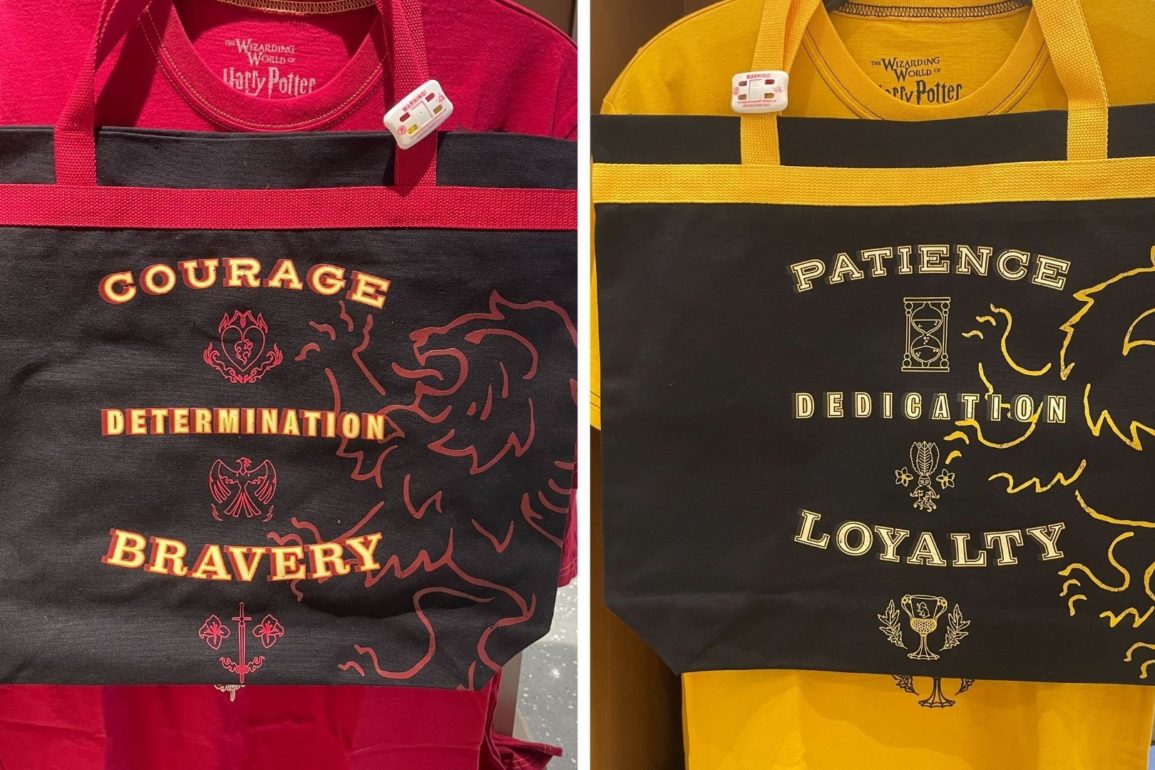 New “Harry Potter” tote bags have appeared at Universal Orlando. Each tote bag represents a Hogwarts house. And we found them in the Universal Studios Store in CityWalk.

These tote bags have a black base with each house’s corresponding colors, mascots, and phrases.

The Hufflepuff tote says “Patience, Dedication, Loyalty” in yellow lettering with an image of a badger in yellow.

They Gryffindor tote says “Courage, Determination, Bravery” in red and yellow lettering with an image of a lion in red.

The Ravenclaw tote says “Wisdom, Learning, Wit” in yellow and blue lettering with an image of an eagle in blue.

Curiously, we didn’t see the Slytherin tote anywhere. But we’re keeping an eye out to see if it is anywhere else around the resort!

These totes also go perfectly with the t-shirts that we posted a couple of weeks ago.