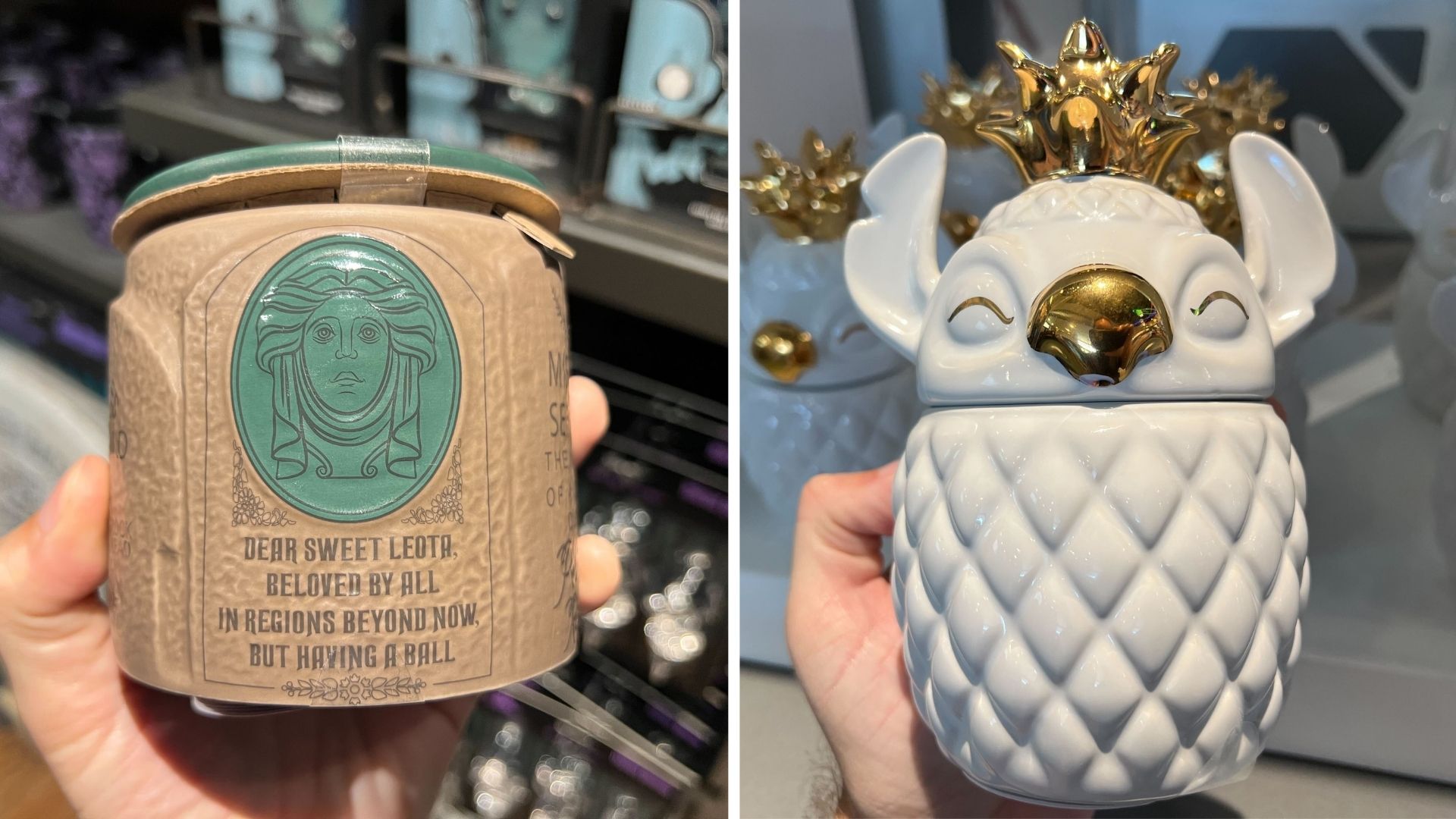 A couple of new candles have arrived at Walt Disney World, one inspired by the Haunted Mansion and the other by Stitch. We found them at Magic Kingdom.

The candle holder is made to resemble a circle of graves from the classic attraction, with a green lid. The Haunted Mansion logo is also on the lid.

Madame Leota’s headstone is on one side.

Another headstone reads, “RIP Mister Sewell the victim of a dirty duel.”

The scent is “Happy Haunts,” and it smelled pretty generic to us. It wasn’t very strong.

We first found this candle over at Disneyland.

We found the Stitch candle in Star Traders.

The bottom of the candle holder is shaped like a pineapple.

It is white with gold touches. The lid is shaped like Stitch’s head.

He has the top of a pineapple as a hat, with the leaves, his eyelids, and his nose painted gold.

Check out these other candles, including a “hunny” pot and a poison apple, that were also just released at Walt Disney World.

VIDEO: First Clips of 'Finding Nemo: The Big Blue... and Beyond' ReleasedJune 10, 2022
New Madame Leota Figure by Jim Shore Coming to Disney Parks This SummerMarch 30, 2022
PHOTOS, VIDEO: M'Baku Debuts at Avengers Campus in Disney California Adventure with 'The Way of the ...November 12, 2022

Star Wars: Rise of the Resistance Failed to Open This Morning at Disney’s Hollywood Studios