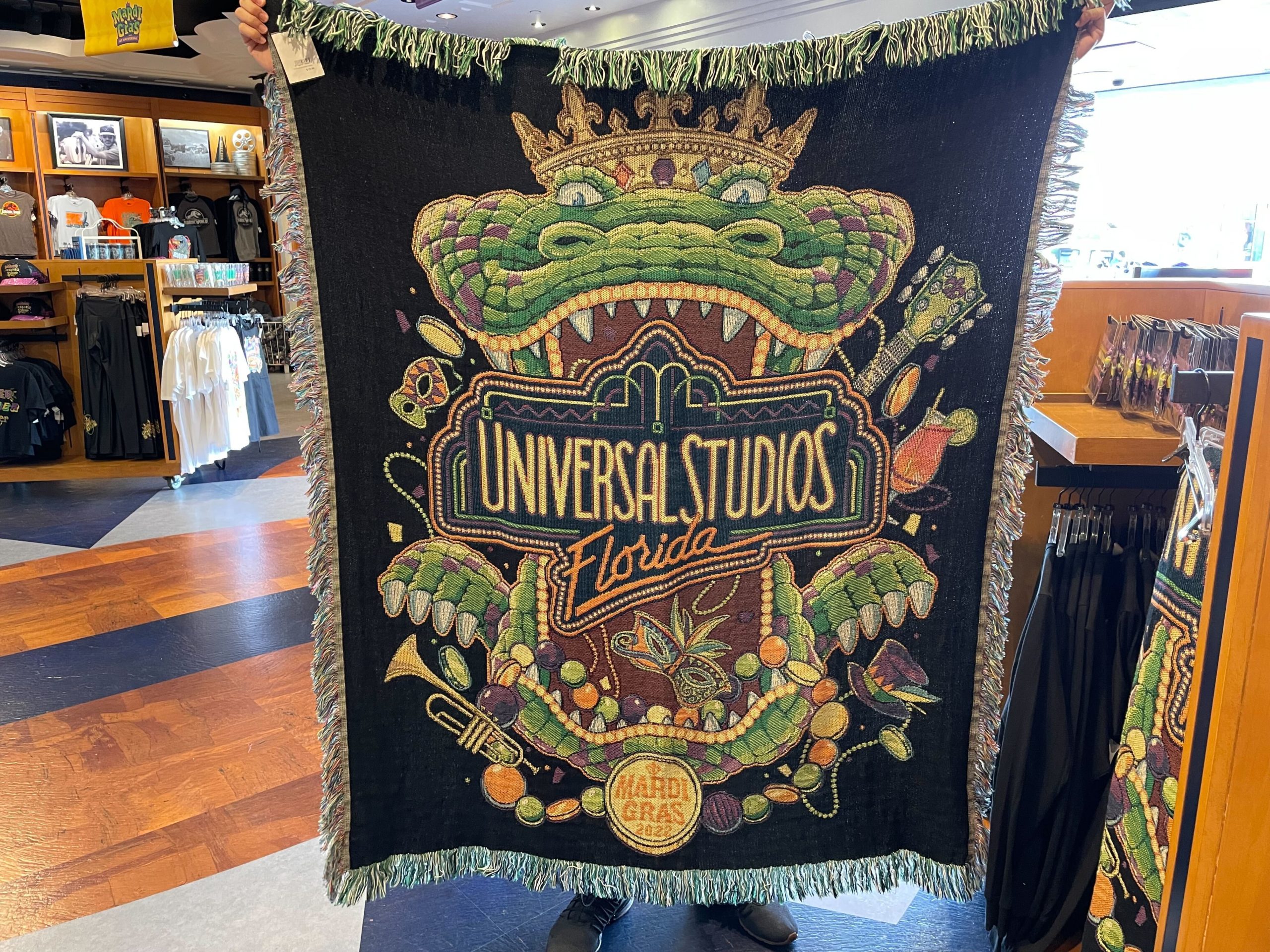 The blanket is black with the same King Gator design from other merch on the center.

The gator has Mardi Gras masks and beads spilling out of its mouth. The Universal Studios Florida marquee logo is also in his mouth.

The blanket has colorful fringe around the edge.

Will you be decorating your home and/or keeping warm with this blanket? Let us know in the comments.

You can catch King Gator closing out the Planet Mardi Gras parade nightly at Universal Studios Florida now through April 24, or watch our full video on the UPNT YouTube channel. We recommend checking the Universal Orlando App for the daily showtime, as it varies.

We picked this up at the Universal Studios Store in Universal Studios Florida, but for more Mardi Gras merchandise, make sure to check out the Float Factory Tribute Store. It’s located in New York across the street from Race Through New York With Jimmy Fallon. Or, if you’re at Universal’s Islands of Adventure, stop by the All Hallows Voodoo Boutique in the Lost Continent.

First Look at the 2022 Disney Princess Half Marathon Weekend Merchandise