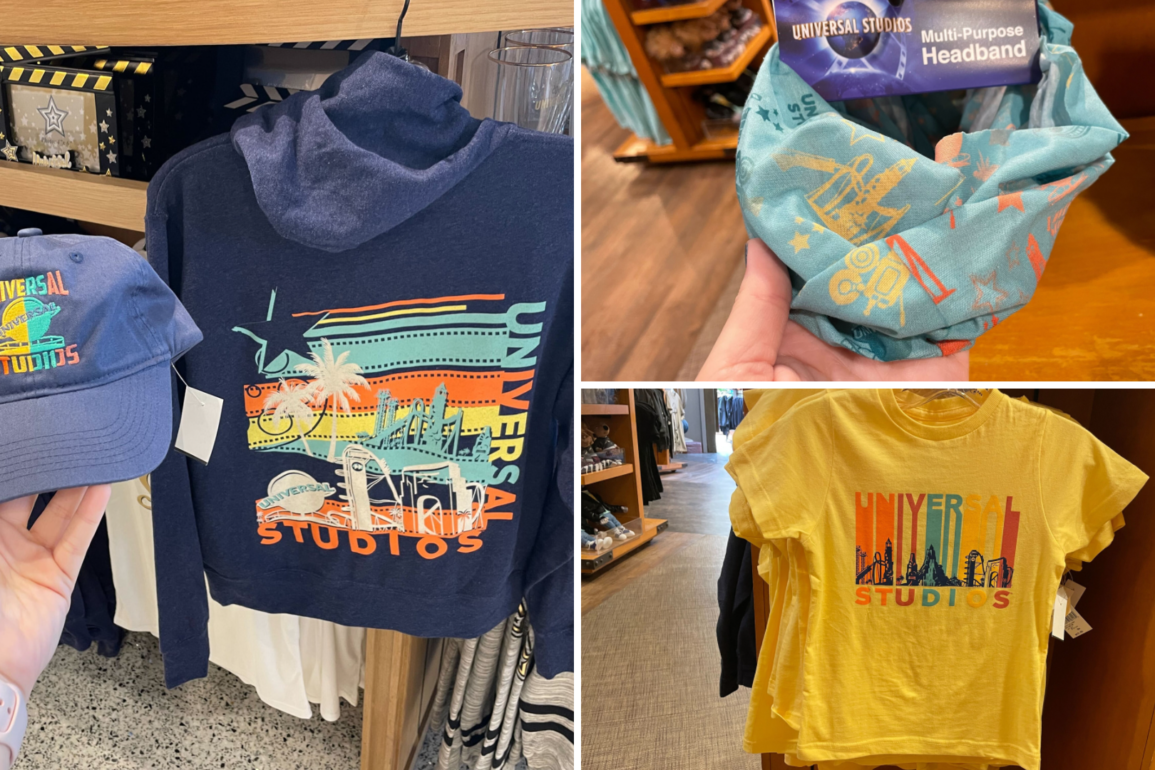 A new line of fun Universal Studios apparel is now available at Universal Orlando Resort. We found the headband and youth tee in the Islands of Adventure Trading Company and the hat and hoodie in the Universal Studios Store at CityWalk.

The colorful designs match the lanyard and pouch we found last month.

This cloth headband is teal and patterned with palm trees, cameras, and other Universal park icons.

The pattern shifts in an ombre from a darker teal color to yellow then to orange.

The icons include Ko’okiri from Volcano Bay, the Islands of Adventure tower, and the Universal Studios Florida archway.

This tee is yellow with “Universal Studios” on the front in orange, red, blue, and yellow colors.

The colors of “Universal” appear to bleed in stripes down to “Studios” with different park icons pictured on the stripes.

The baseball cap is blue, with “Universal Studios” embroidered on the front around the silhouette of the Universal globe.

The lettering is orange, yellow, teal blue, and pink, while the globe is half yellow and half teal blue.

The hoodie is the same dark blue as the hat, with a zipper down the front and white drawstrings.

There are images of the Universal’s Islands of Adventure and Universal Studios Florida icons in yellow on the left breast.

They are surrounded by colorful stars and “Universal Studios” is printed on stripes that resemble film strips.

There are pockets on the front.

A similar design from the front is on the back but bigger and with more film strip stripes.

There are also film strip stripes and stars on the left sleeve.

Will you be putting together an outfit with these items? Let us know in the comments.

Next
REVIEW: New Vegan Shepherd’s Pasty Pie from the Magic Neep in Hogsmeade at Universal’s Islands of Adventure