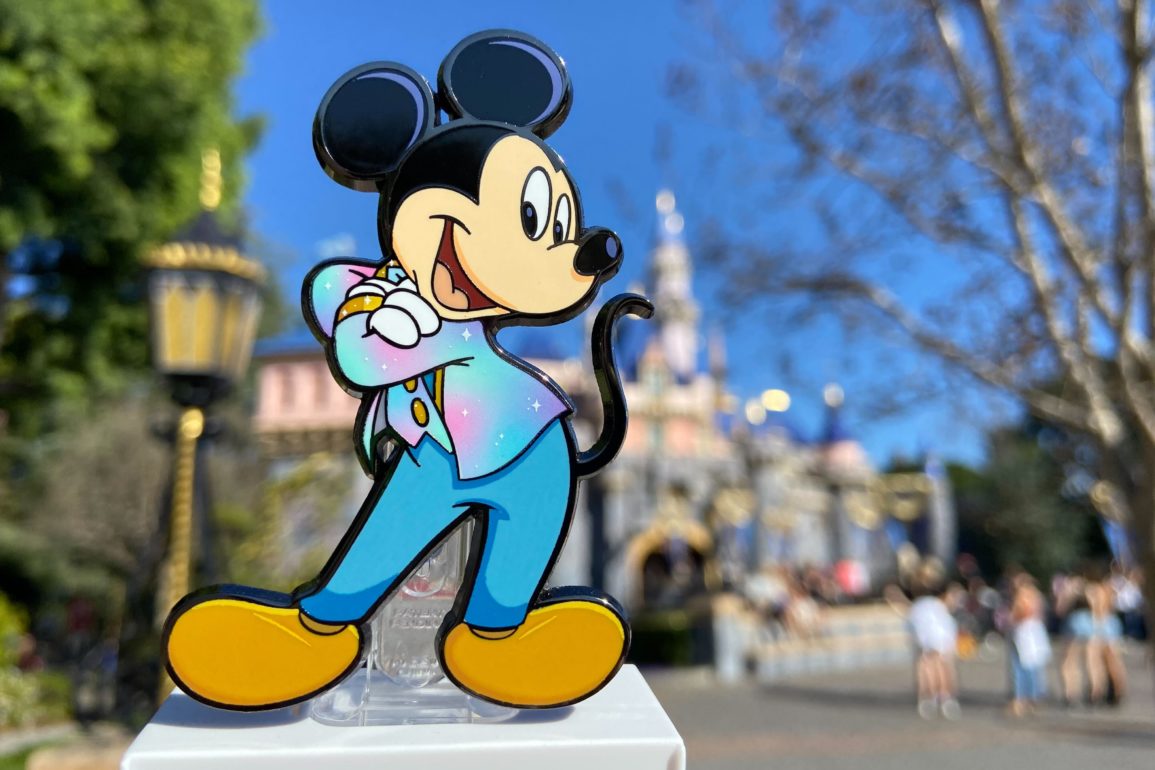 He comes in a plastic box to protect the pin from getting scratched.

FiGPiNs include transparent stands attached to a white base, so you can easily display them.

If you’re visiting Disneyland but still want to celebrate the 50th anniversary of Walt Disney World, check out the other merchandise that has arrived in California:

Are you collecting these pins? Let us know in the comments.