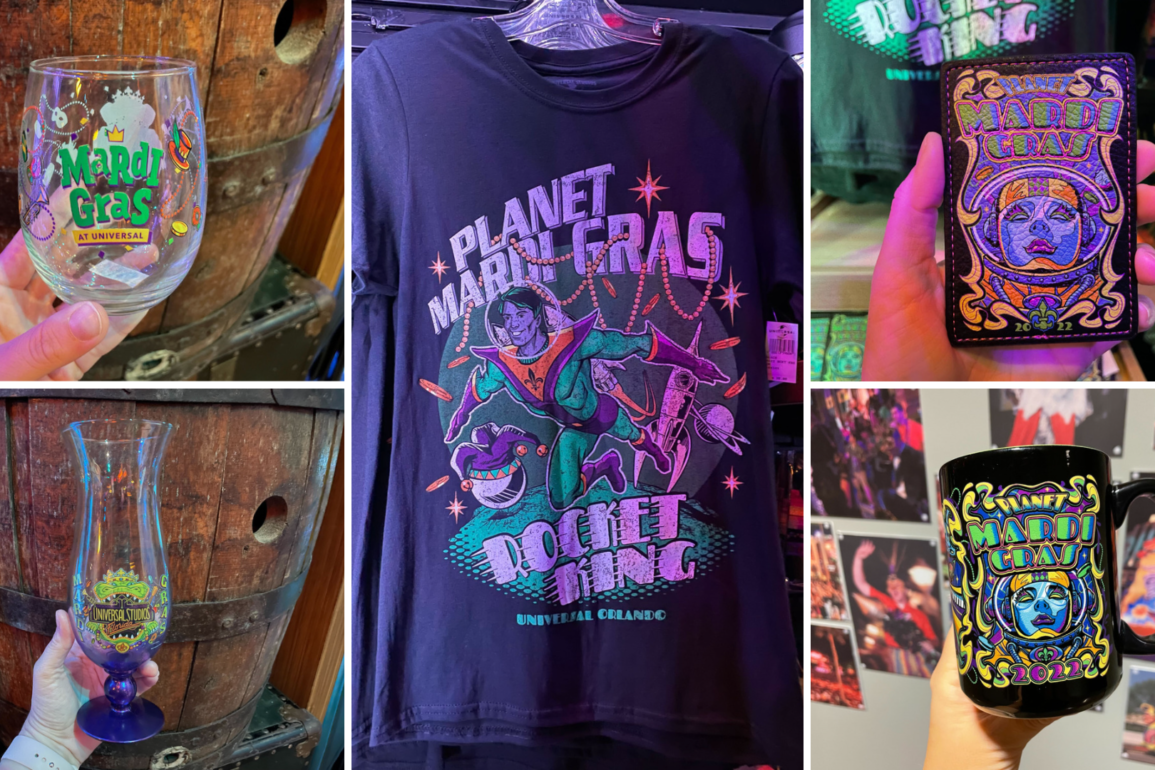 This year’s Mardi Gras Tribute Store has opened at Universal Studios Florida and with it comes a ton of new Mardi Gras merchandise. Here are all the new apparel, cups, and more we found in the store.

This tee is black and says “Planet Mardi Gras” with the blue-skinned “Rocking King” flying past a jester hat planet and rocket ship.

This cardholder features another blue-skinned astronaut beneath the words “Planet Mardi Gras.”

The card slots are on the other side.

This tank is similar to the Rocking King tee, but features the Rocket Queen instead.

She’s wrapped in beads and flying alongside her own rocketship.

This black mug features the same design as the cardholder.

It’s green on the inside.

It also has more spacey imagery, such as a rocketship leaving a jetstream of piano keys behind it and colorful planets.

It says “Party out of this world!”

The bottom of this glass is purple.

The Mardi Gras at Universal logo is on the other side.

Next
PHOTOS: New ‘Be Dazzled’ 2022 EPCOT International Festival of the Arts Magnet