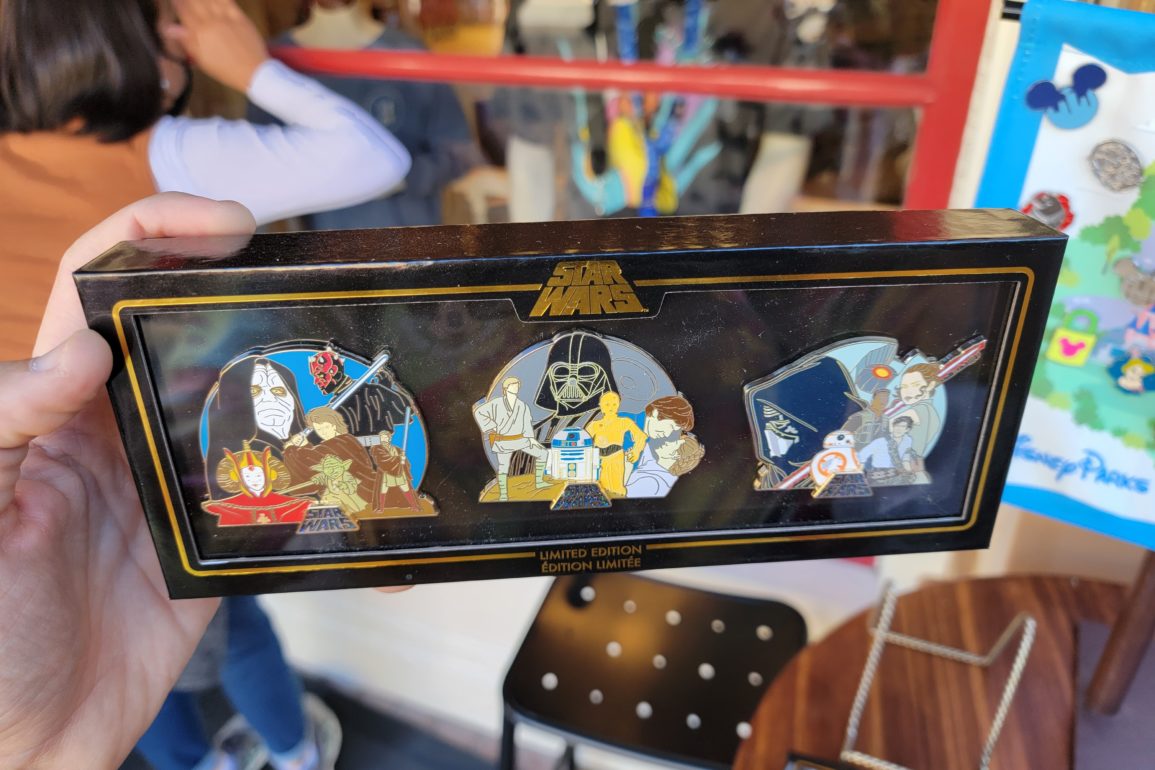 We spotted a couple of new limited edition pin sets in a galaxy far, far away. We saw these “Star Wars” sets at 20th Century Music Company at Disneyland Park.

Very similar looking pin sets like these recently dropped over at Walt Disney World. But now it looks like Disneyland got their own sets.

The first set features three good-sized pins, with each one representing each “Star Wars” trilogy.

And the second set also has three pins, each one showcasing a movie poster from the “Star Wars” prequel films.

Each pin has the “Star Wars” logo on top, a poster image, and then the year each film came out at the bottom.

Will you be adding these pins to your “Star Wars” collection? Let us know in the comments!

Next
PHOTOS: Scrim Removed From Scaffolding Around Tarzan’s Treehouse in Disneyland