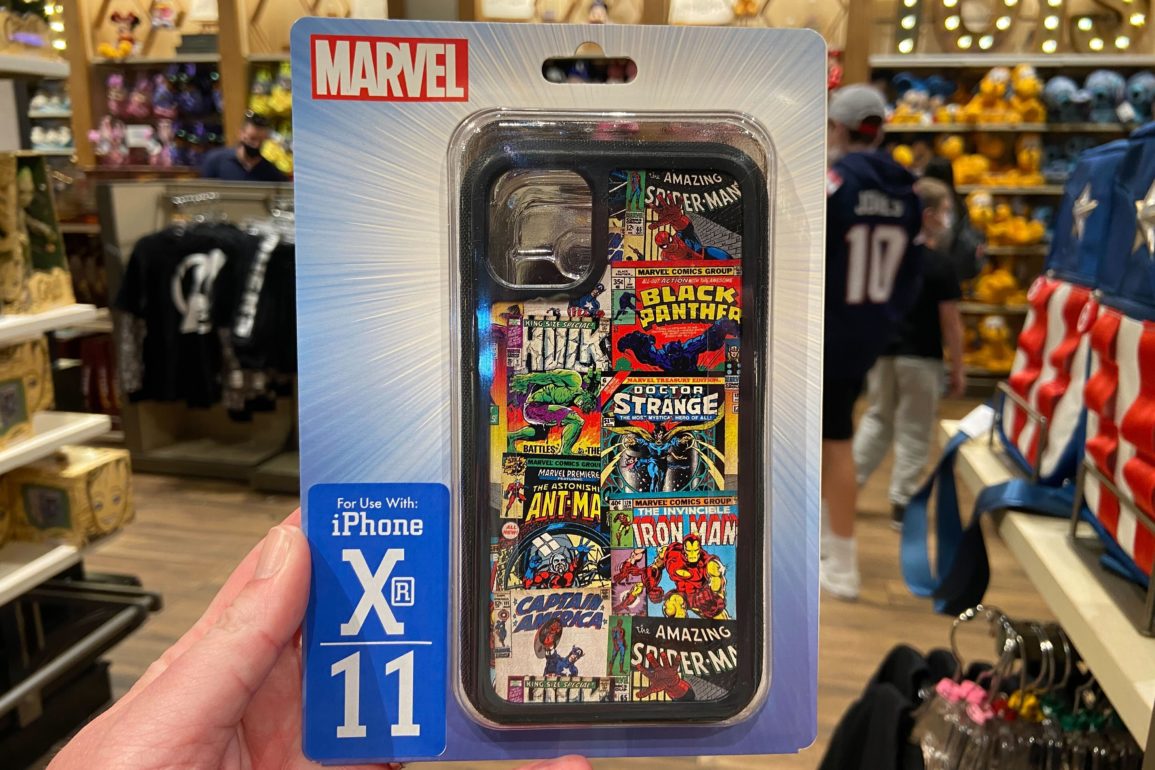 Avengers, assemble for this new iPhone case we found at the World of Disney Store in the Downtown Disney District! This case features several the iconic heroes from the Marvel Cinematic Universe as they appeared on their earliest comic book covers, with seven heroes total represented.

The new case features comic book covers for Spider-Man, Black Panther, Doctor Strange, Iron Man, The Incredible Hulk, Ant-Man, and Captain America, all as they appeared in some of their earliest comic book issues.

The sides of the case are black, while the inside is white and bears a Disney logo along with appropriate legal information.

We found this new case at the World of Disney Store within the Downtown Disney District, so be sure to keep your eyes out on your next visit!