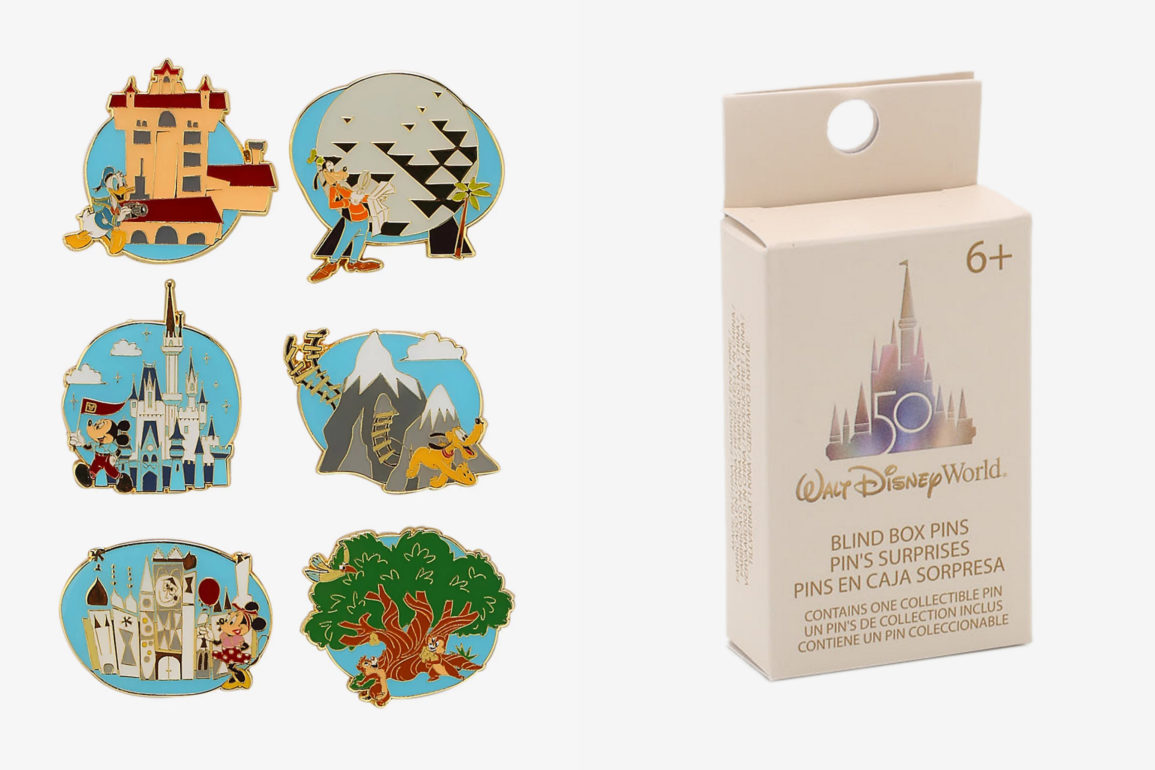 The onslaught of Walt Disney World 50th Anniversary continues with the World’s Most Magical Celebration, although our latest addition comes not from the resort itself, but Hot Topic! Disney has released a new set of blind box pins by Loungefly at the retailer, which are now on sale online.

The pins come in white blind boxes with the 50th Anniversary logo on the front.

Each blind box contains one of six enamel pins featuring Donald at The Twilight Zone Tower of Terror, Goofy at Spaceship Earth, Mickey in front of Cinderella Castle, Pluto at Expedition Everest, Minnie at it’s a small world (curiously the Disneyland version, however), and Chip ‘n’ Dale at the Tree of Life.

As of now, these blind box pins are only in stock online and not at Hot Topic stores. Let us know in the comments below if you’ll be trying to collect these new pins!