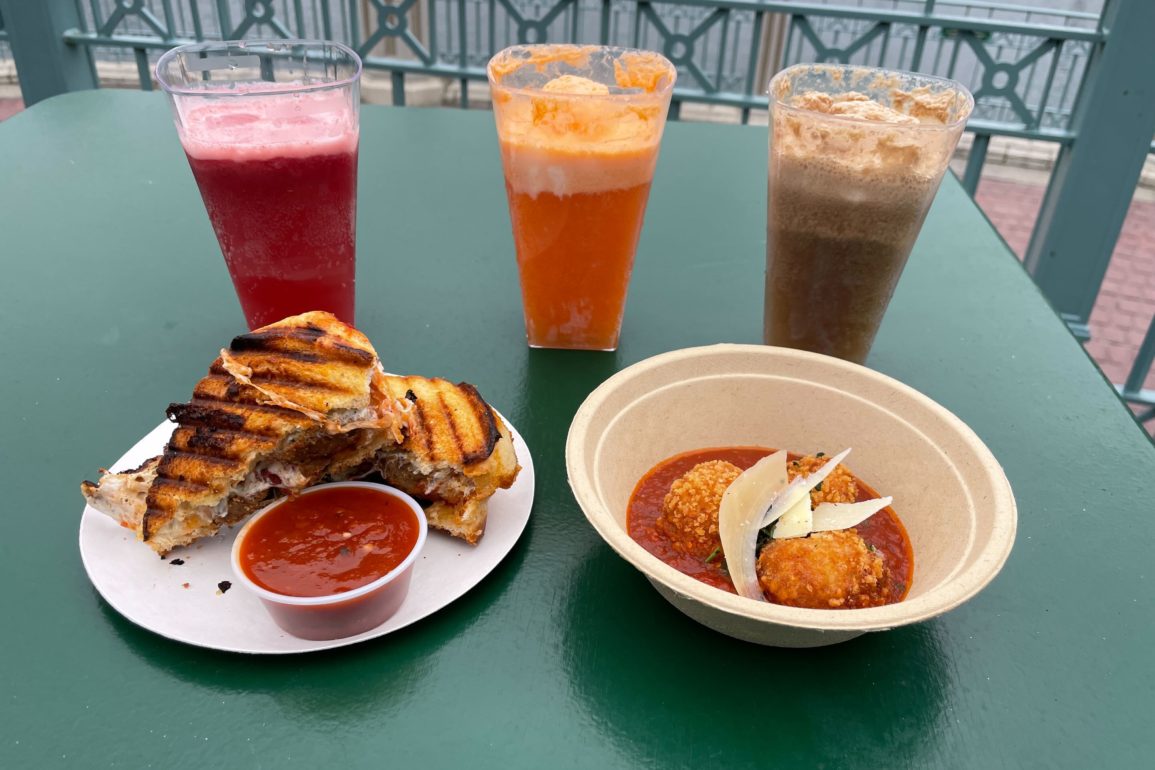 Mardi Gras 2022 kicks off today, Saturday, February 5 and runs through April 24 at Universal Studios Florida. Food booths are scattered throughout the park with options from different cultures. Italy returns this year with a new twist on last year’s arancini.

The arancini are crispy and plump with large flakes of Parmesan on top. The arancini themselves are enjoyable, with noticeable garlic and basil flavors.

However, the sauce is the standout here. It’s rich and spicy, with fresh tomato flavor. We would definitely get this again!

The meatball slider offers a good serving size, with crispy bread and nice chunks of meatball inside. It comes with a side of the same delicious spicy sauce as the Arancini.

Overall, this was pretty mediocre. The meatballs were a bit dry and they didn’t have a ton of flavor. The bread-to-meatball ratio was off. Better than Disney’s Italy booth offerings, but we wouldn’t order this again.

This float has a tasty creamsicle flavor. You can definitely taste the vodka in this one.

It’s not too sweet, and has a nice creamy consistency from the vanilla gelato.

This was the best of the three floats. You get coke, amaretto, and vanilla flavors distinctively, but they all blend together nicely.

This one is creamy, nutty, and just a little sweet. We’d definitely order it again.

Made with raspberry gelato, it’s not particularly creamy nor overly sweet.

You can’t really taste the alcohol in this one. The fresh raspberries give it an authentic taste. If you like raspberry, you’ll enjoy this float!

The Italy booth is hosted at Guido’s Gelato, the outdoor service window for Louie’s Italian Restaurant in New York, as indicated by the letter “B” on the map below.

Which item from Italy was your favorite? Let us know in the comments below!