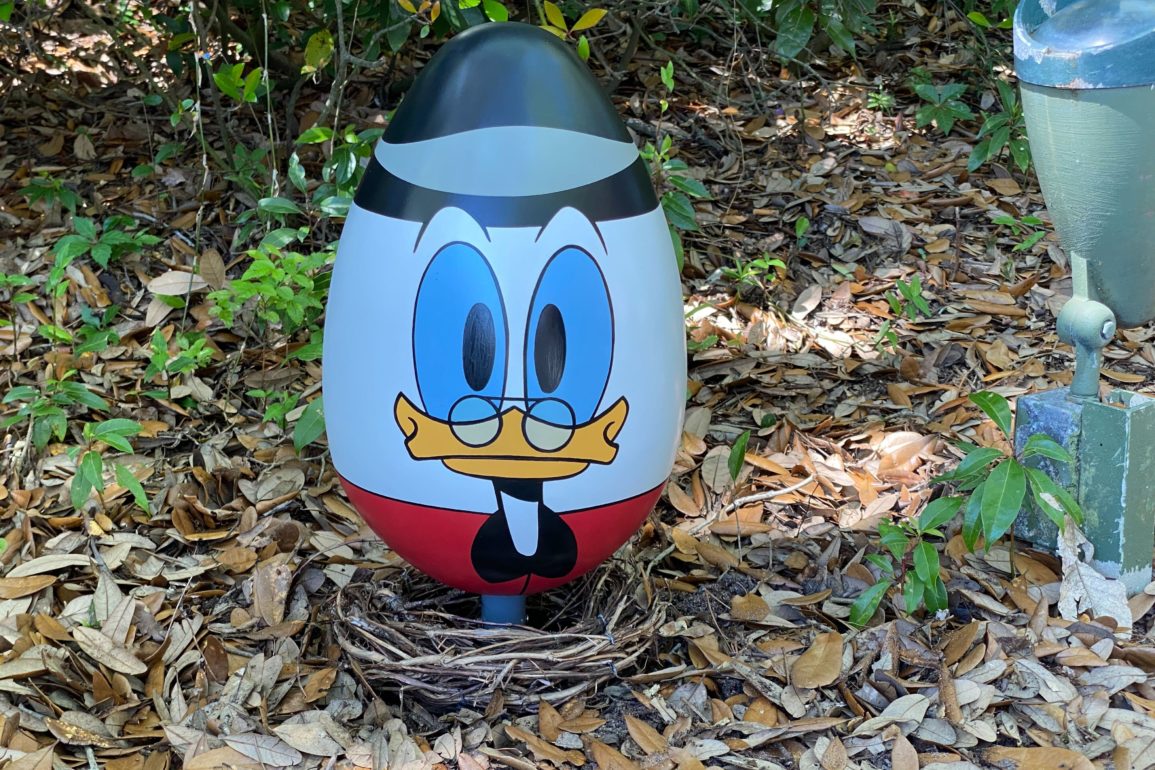 The Egg-stravaganza Easter egg hunt is returning to EPCOT. Though the scavenger hunt maps will not be available until March 31, the character-inspired eggs can already be found throughout World Showcase. Here are the eggs we have found so far (if you don’t want spoilers for the Egg-stravaganza, don’t keep reading).

All of the eggs are returning from previous years, but the Perry the Platypus egg did not return. A new egg has taken Perry’s place.

The new Scrooge-inspired egg can be found outside World Showplace.

There has been no word since about the new World Showcase game, but the Scrooge egg does imply it is still in the plans for EPCOT.

Goofy can be found in the Victoria Gardens.

The White Rabbit is sitting on a column by the hedge maze.

Daisy is near the “Ratatouille” archway, sitting in a nest in front of a tree.

Thumper is in a garden near the lagoon.

Figment is perched on a rock above the koi pond.

Minnie is hidden in the bushes outside the Regal Eagle Smokehouse.

Mickey is on a balcony above the Tutto Gusto Wine Cellar.

Pluto is in his nest on a balcony railing, too.

Chip is next to Dwarf Blue Bamboo, near a bridge through the China Pavilion gardens.

Chip’s brother is on the grassy plains of this Norway Pavilion roof.

Donald can be seen on a balcony of La Hacienda de San Angel.