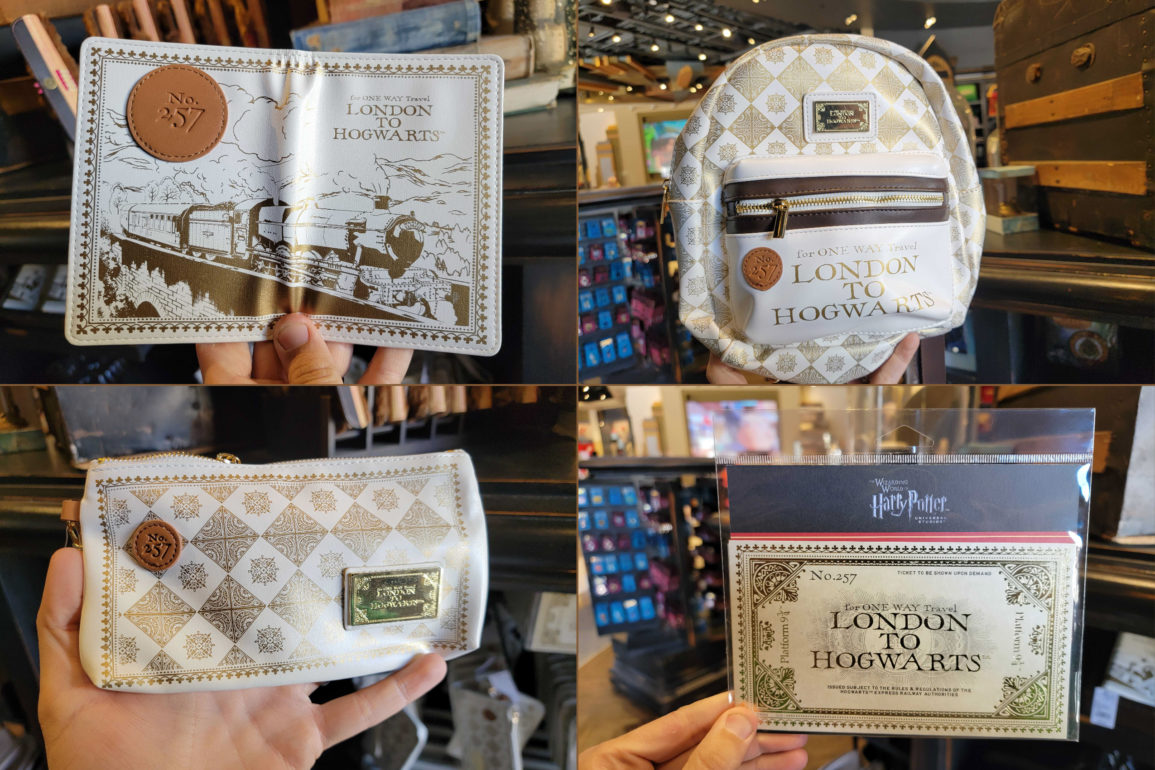 All aboard! A new line of items themed to Hogwarts Express tickets has pulled into Universal Studios Hollywood, just in time for your journey to Hogsmeade no less. So let’s take a look at all of the new items we found at the Universal Studios Store!

This wallet features a gold and white portrait of the Hogwarts Express on its journey. On the front, it reads “for ONE WAY Travel LONDON TO HOGWARTS.” On the back is a faux leather patch with “No. 257.”

The inside features four pockets on the left, a gold lining, and a fifth pocket on the right.

Perfect for carrying anything from pencils to makeup, this pouch features a gold and white ornate pattern, once more with a faux “No. 257” leather patch on the front. Also on the front is a gold insignia with the ticket design.

The back only has the pattern.

The inside features a simple brown lining with some light gold patterns.

The clutch wallet features the entire ticket design on both sides.

The interior lining is a shimmering gold, like the wallet.

The backpack mimics the Loungefly style, which is rather curious since Universal does also sell Loungefly bags.

The front pouch bears the patch and ticket wording, while the rest of the back has the ornate gold and white pattern.

The metal marker from the pouch returns on the backpack (in the location a Loungefly mark would otherwise be).

The interior lining is brown with “Hogwarts for ONE WAY Travel” written along some patterning.

The faux ticket is sized about the same as an oversized postcard and features a trip from London to Hogwarts on one side, and a return ticket on the other.

We found all of these at the Universal Studios Store in Universal Studios Hollywood, so be sure to pop in and pick up this lovely line! Are you excited to see this make its way to the West Coast? Let us know in the comments below.