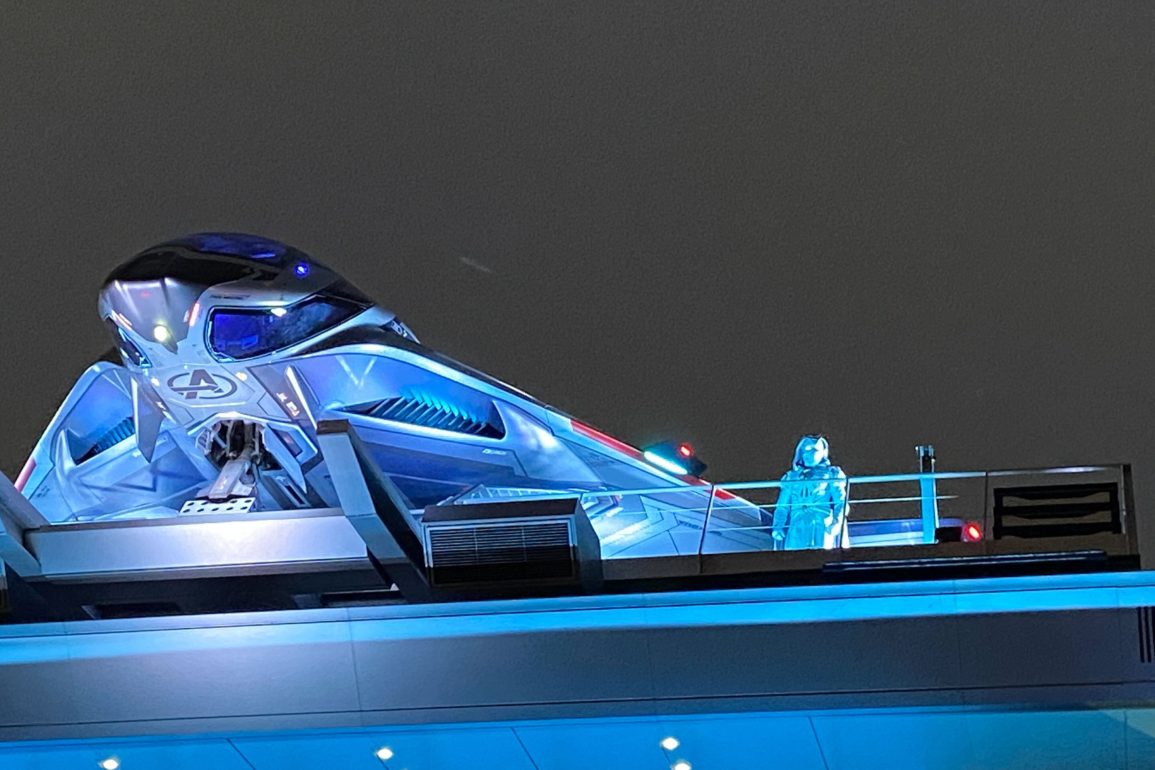 We spotted him on the roof of Avengers Headquarters in Avengers Campus.

Appropriately, he waits until the moon is out to make his appearance. We spotted him shortly after 7:30 p.m. PST.

He made his presence known with his glowing eyes and a few flips of his cape.

Watch our video of Moon Knight below: