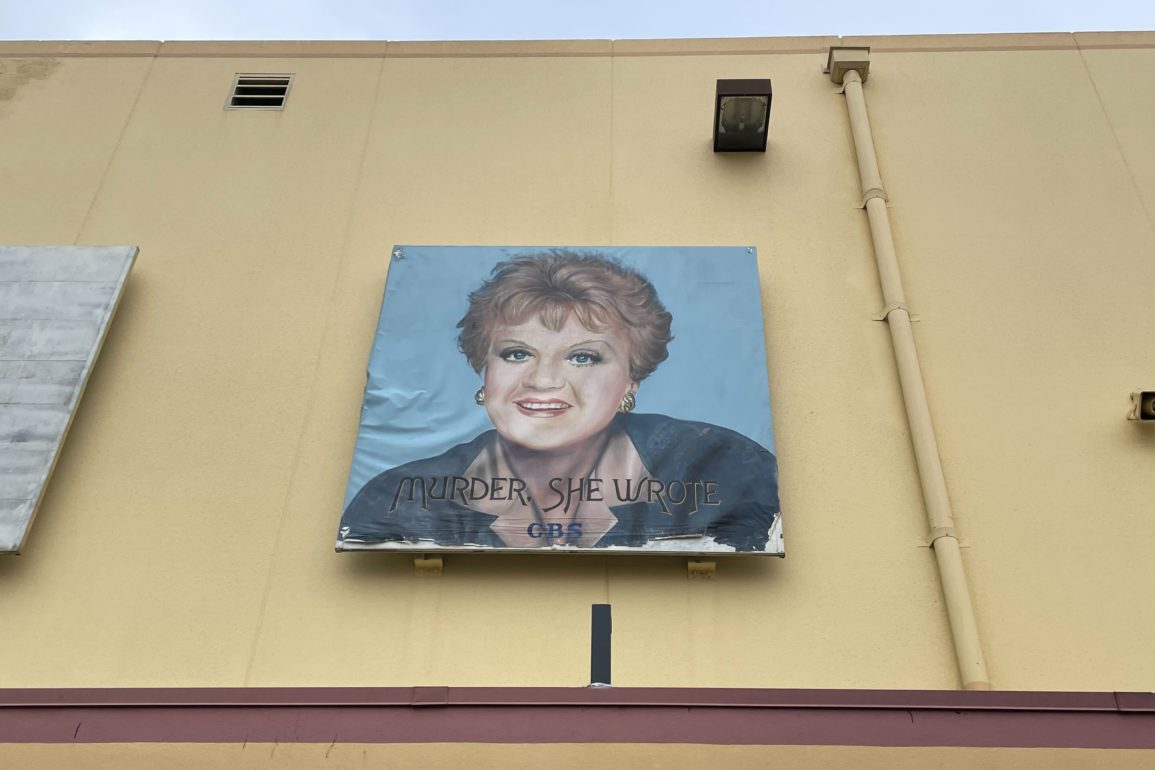 Welcome to another exciting day here at the Universal Orlando Resort. As we arrived on property, we noticed that Prime Parking had been raised to $60 again.

There is an event this week, which is why the price was increased, but we will be interested to see how long before it goes back down to $50.

Getting ready to head into Universal Studios Florida, the Mardi Gras sign in the arch is missing.

The advertisements for Jimmy Fallon’s “That’s My Jam” have been removed from the side of the Shrek 4-D building. There are posters from the 90s underneath! They’ve uncovered “Murder, She Wrote” and other signs. They all still look pretty good from here!

There’s also a sign for “Coach” on the other side of the building.

A small Magic Mirror from Shrek 4-D was seen rolling through the park. This was not the one from the pre-show though.

There are some Team Members working out on the platform in the lagoon today.

St. Patrick’s Day decorations have gone up inside and outside of Rosie’s Irish Imports. Grab some Irish merchandise here to celebrate!

Outside in CityWalk, we spotted Access Hollywood filming. They were inviting people to sit in the audience and participate. We saw the minions on the stage helping Mario Lopez with a game for the show.

We spotted King Cake fudge around several candy stores in the parks, including Snookers and Snookers Sweet Candy Cookers.

The Wizarding World is always busy, but the rest of the parks haven’t been too crowded. The weather is perfect, too.

The claw machine prizes keep getting better and better.

It looks like the Big Pink Donuts have gone up $1 in price. They are massive and great for sharing. They make great props for photos in Springfield!

The dinosaurs are still missing from the Pizza Predattoria sign, but we’re eagerly awaiting their return.

Thanks for joining us today around the parks. It’s been a great day, but we’re ready to get out of here.