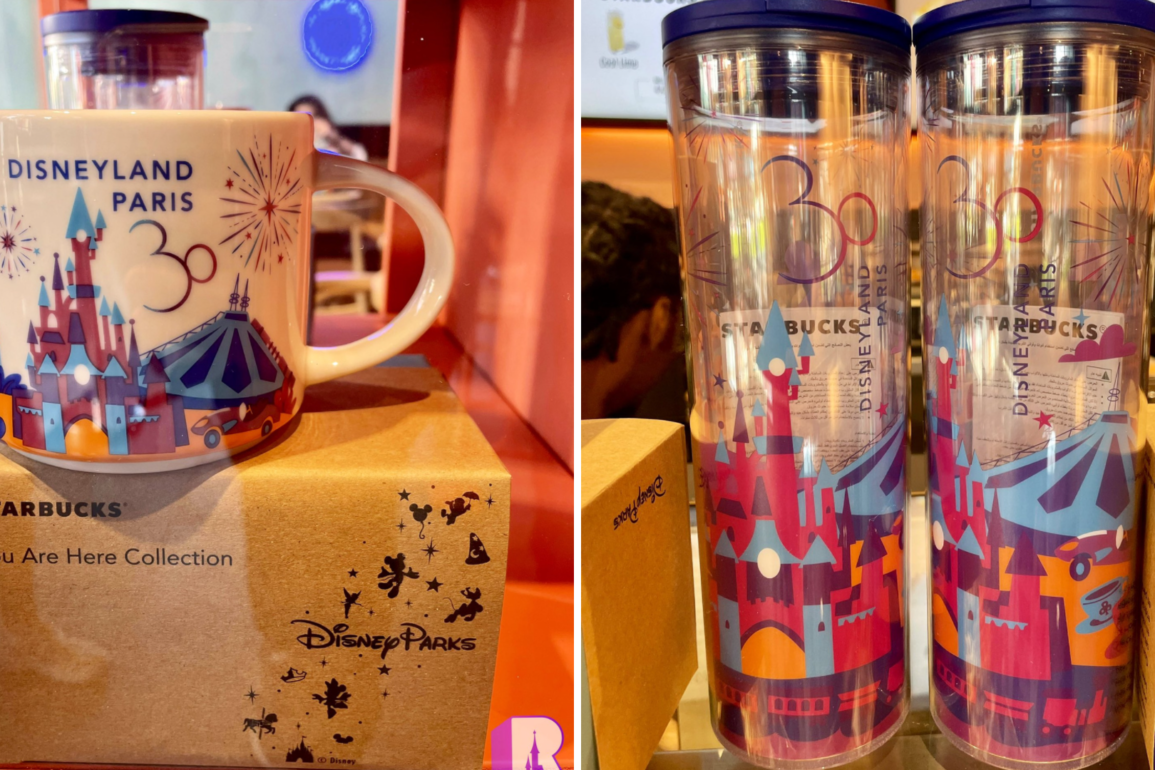 Disneyland Paris has a new Starbucks mug and bottle that celebrate the park’s 30th anniversary.

DLP Report shared photos of the mug and bottle on Twitter. They both feature the park’s Mickey-shaped 30th anniversary logo and park icons, including Sleeping Beauty Castle, in shades of pink, blue, and orange. They are part of the “You Are Here” Starbucks collection.

The same attractions are featured on the bottle.

Both can be found in the Disney Village Starbucks.