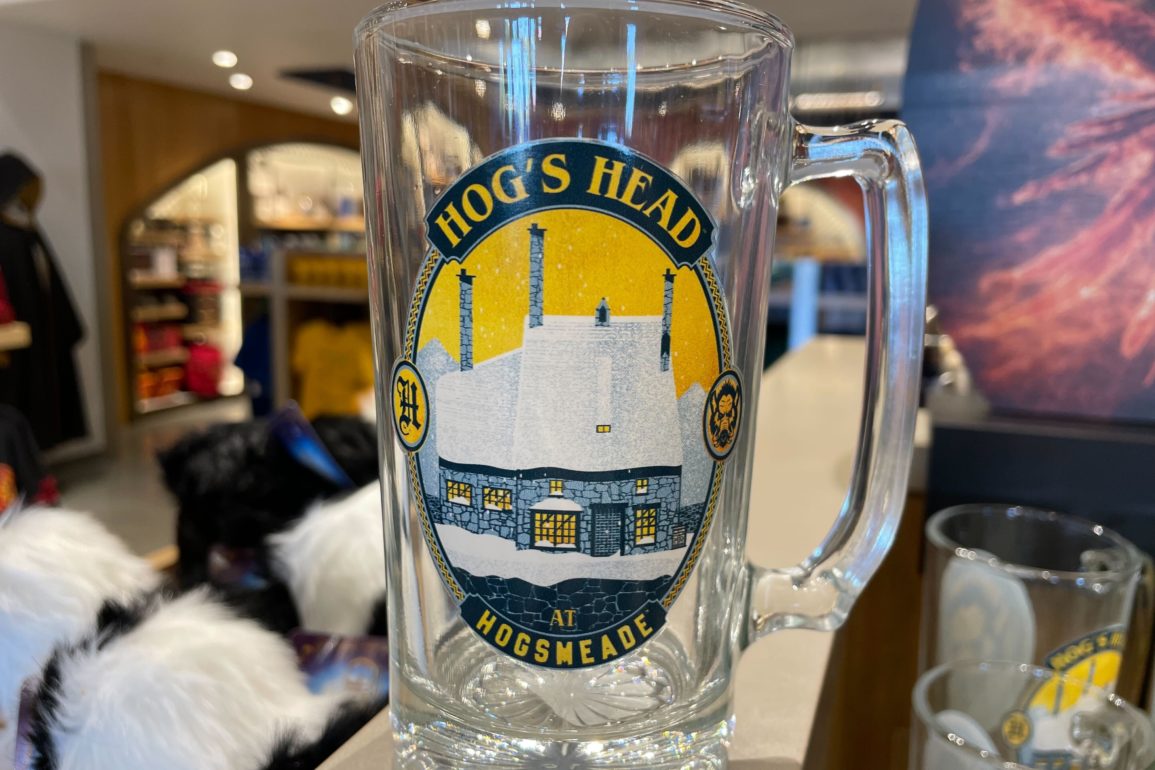 A new glass mug matching the Hog’s Head tee we found a few days ago is now available at Universal Orlando Resort.

These were in the Universal Studios Store at CityWalk.

One side of the mug features an image of the Hog’s Head pub with snow on its roof.

“Hog’s Head at Hogsmeade” is printed around the image, with an “H” logo on one side and a pig logo on the other side.

The Hog’s Head pig logo is blown up on the other side of the mug.

The Hog’s Head is featured in the “Harry Potter” series and will be in the upcoming “Fantastic Beasts: The Secrets of Dumbledore” film. Guests can visit the Hog’s Head in The Wizarding World of Harry Potter – Hogsmeade.