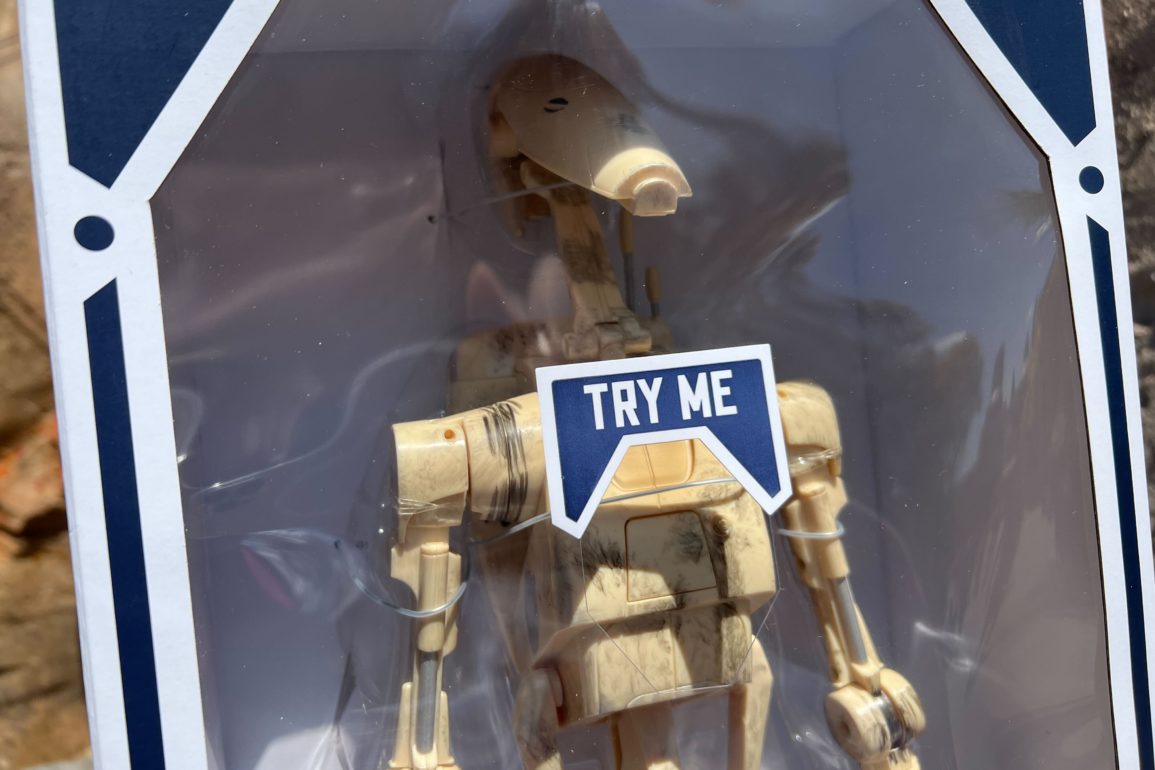 The B1 interactive battle droid has finally arrived at Droid Depot in Disney’s Hollywood Studios after originally being released at Disneyland.

The interactive droid includes a blaster.

It utters some humorous quotes such as “Uh, that doesn’t compute. Uh, wait, uh, you’re under arrest!” and the iconic “roger roger.”

Check out the ferry droid accessory set from Droid Depot too.