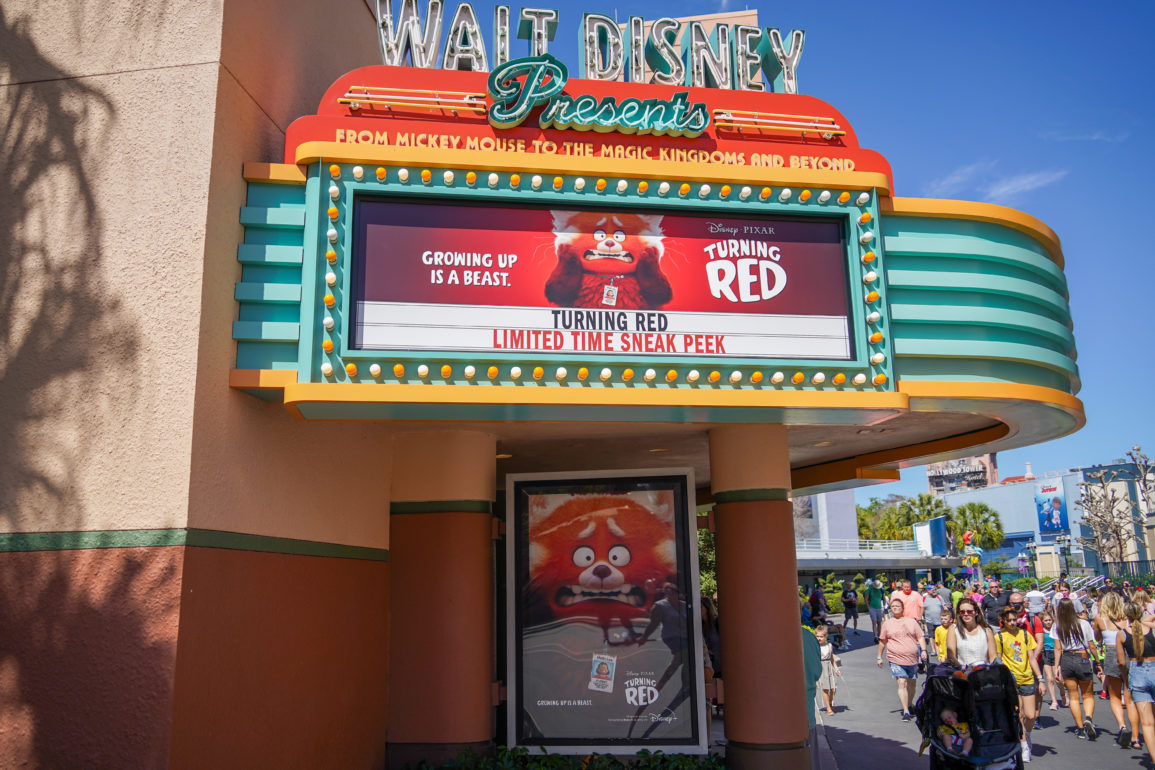 “Turning Red” has taken over Walt Disney Presents at Disney’s Hollywood Studios with a limited time sneak peek of the film.

Posters for “Turning Red” are up throughout the park, including this billboard.

This poster is also hanging up just below the marquee.

The doors to The Walt Disney Theater are now adorned with two different posters for the movie.

And banners are also hung up on lampposts just outside Walt Disney Presents. The posters say “Growing up is a beast.”

In The Walt Disney Theater, you can watch an eight-minute sneak preview of the film.

Next
REVIEW: New Strawberry Cheesecake Cannoli is a Nice Dessert at PizzeRizzo in Disney’s Hollywood Studios