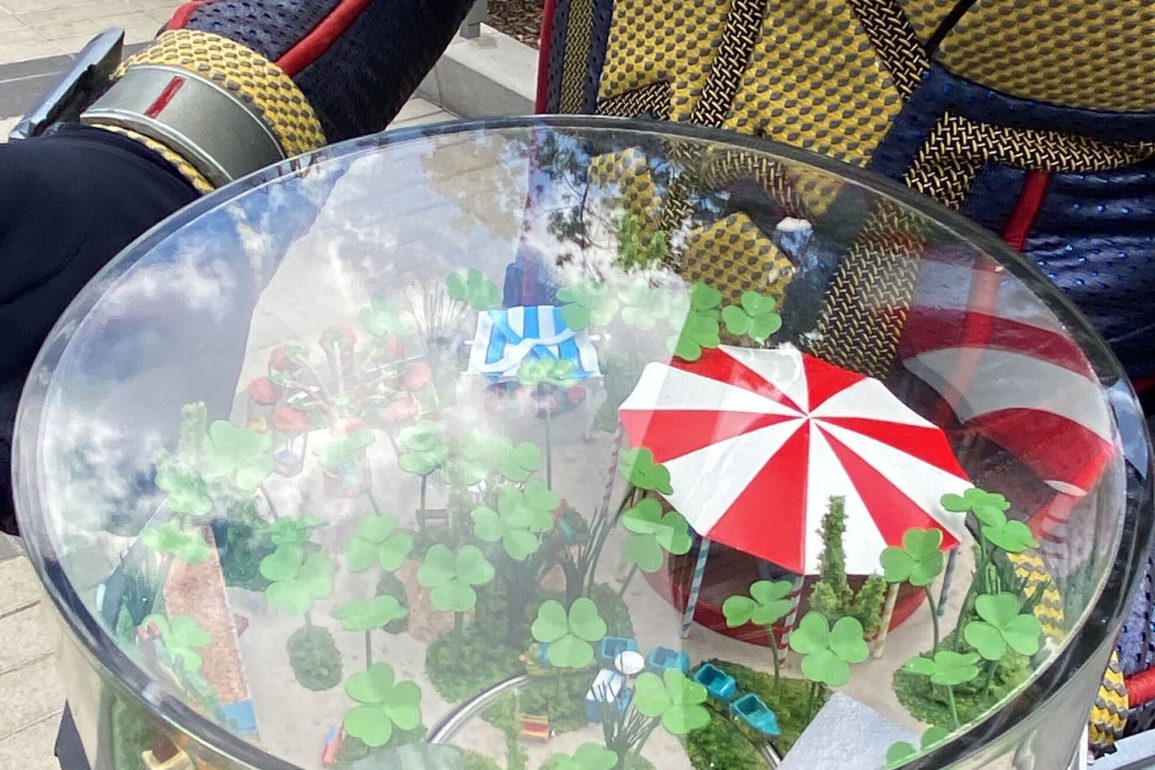 Even though it’s gone, “A Bug’s Land” certainly hasn’t been forgotten as The Wasp now carries a prop of the former land around Avengers Campus in Disney California Adventure.

The Wasp, aka Hope van Dyne, was greeting guests, pulling off the super-heroic feat of signing an autograph book with one hand (with some help from a grown-up).

As the prop suggests, the former land, which operated from 2002 to 2018, was shrunk down using Pym Particles and housed in a dome for safekeeping. In reality, it was demolished to make room for Avengers Campus.

Though, considering the land was supposed to bring guests down to bug size, was it shrunk down, or enlarged?

Hope was happy to give one of our reporters a glimpse of Flik’s Fun Fair, complete with the rides we fondly miss.

Frankly, we’re just happy to see Heimlich’s Chew Chew Train one more time, even if we can’t ride it.

We can also spot Flik’s Flyers, Francis’ Ladybug Boogie, and the tent that covered Tuck and Roll’s Drive ‘Em Buggies.

It’s a nice little nod to a piece of the park’s past, and provides a somewhat happier ending than what “A Bug’s Land” actually got.

Previous
REVIEW: Electric Sweet & Salty Popcorn is Colorful, But Not Much Else at Disneyland Park for the 50th Anniversary of the Main Street Electrical Parade

Next
Disney Stock Drops to Lowest Price in Over a Year