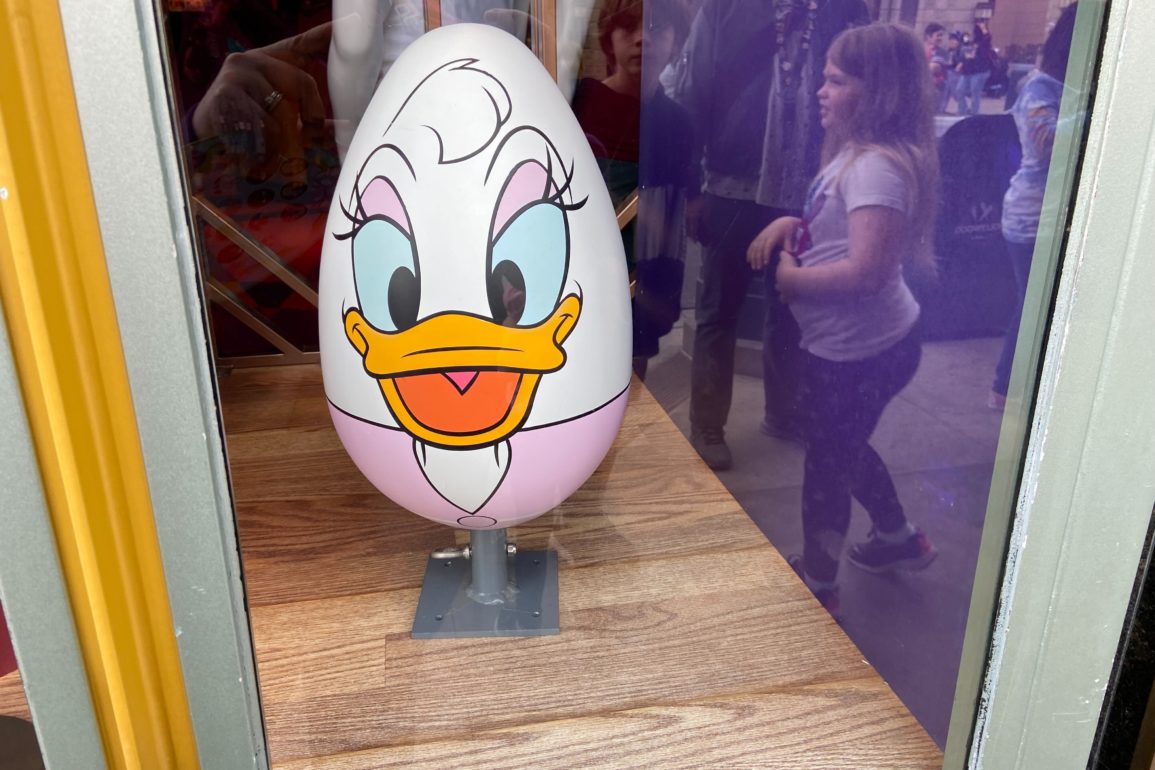 It includes a sheet of stickers that correspond to each egg you can find in the park. When you find an egg, simply place the corresponding sticker on the right spot on the game board.

Now let’s hunt for some eggs! Don’t keep scrolling if you want to remain spoiler-free for your own egg hunt.

The Mickey egg can be seen in a window of Elias & Co.

Daisy is in a window of Gone Hollywood.

Donald is at the top left corner of the Grizzly Peak billboard.

Chip is atop a lamppost near the entrance to Redwood Creek Challenge Trail.

Minnie Mouse is to the side of the awning above Walt Disney Imagineering Blue Sky Cellar.

The Lightning McQueen egg is next to the Sparky’s Spark Plugs sign, atop the awning.

Mater was hiding on the backside of Flo’s, facing Radiator Springs Racers.

We also had some trouble finding the Pluto egg. He’s above the “Bait & Tackle” sign facing the water.

Thumper can be found atop this red and blue jellyfish.

The White Rabbit is under a tree near the entrance to Pixar Pal-A-Round.

Goofy is on the billboard next to Adorable Snowman Frosted Treats.

After completing your game board, you can redeem it for a prize at Elias & Co.

The Disneyland, Disney California Adventure, and Downtown Disney District Egg-stravaganza hunts all have the same plastic Easter eggs for prizes. Here’s a closer look at each egg.

Which Egg-stravaganza scavenger hunt are you planning on doing? Let us know in the comments.

Next
D23 Gold Members Will Be Able to Preview Guardians of the Galaxy: Cosmic Rewind at EPCOT