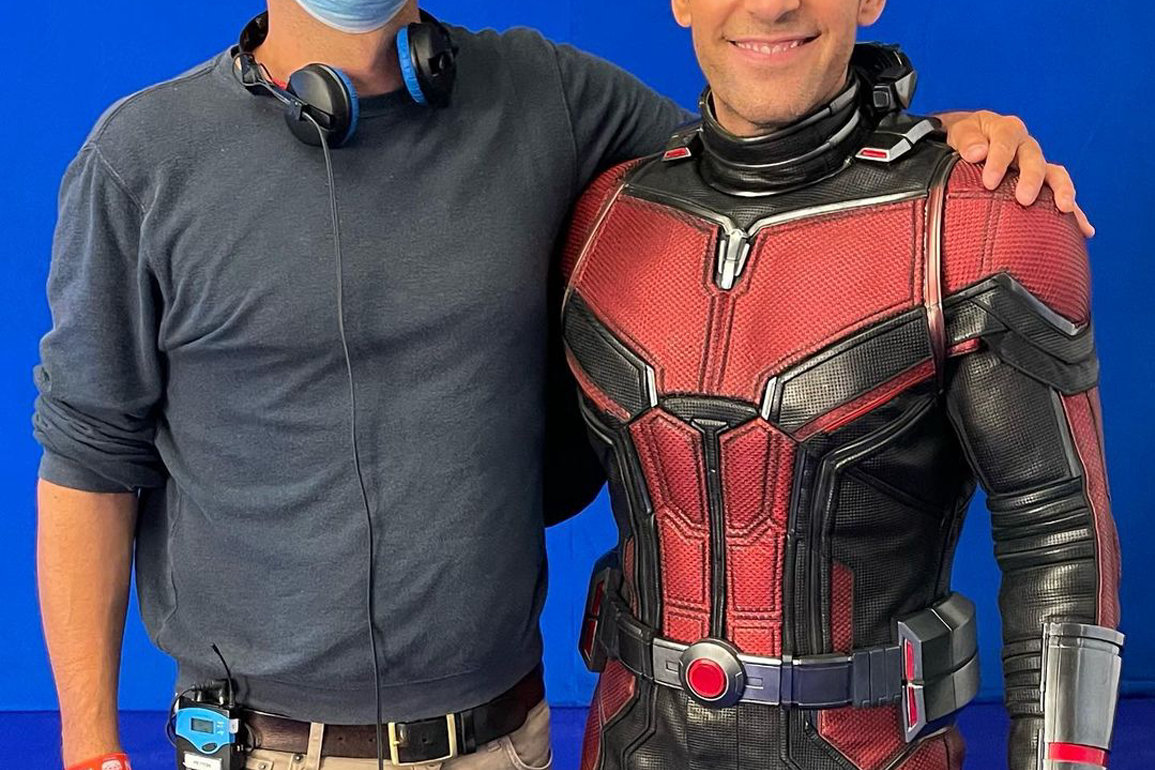 First Look at Paul Rudd on Set for Avengers: Quantum Encounter Coming to the Disney Wish

As we approach the maiden voyage of the Disney Wish on July 14, we’re celebrating another momentous occasion — Paul Rudd’s 53rd birthday. With that, the director of the Avengers: Quantum Encounter experience on the Disney Wish posted a photo with Rudd on set to commemorate.

The photo with director Chris Waitt shows Rudd on set in his Ant-Man costume as they filmed Avengers: Quantum Encounter, which will be part of Worlds of Marvel aboard the Disney Wish.

The show will follow Ant-Man and The Wasp as they host a presentation of the most powerful Super Hero technologies in the world, including a hands-on demonstration of the latest and greatest Pym Tech. But when Ultron turns up with an army of robot sentries eager to take control of this world-changing technology, Ant-Man and The Wasp will need all the help they can get to save the day – calling on Captain America, Captain Marvel and even the brave diners of the Disney Wish for back-up. Oh, and there’s one more Super Hero who will make a surprise appearance during the show.

To bring this action-packed spectacle to life, Disney Cruise Line have specially designed the restaurant with immersive cinematic technology, including hundreds of screens and special effects embedded throughout. Filming with the actors has already wrapped and they are now working on the post-production editing and effects. Because most of the battle takes place on the upper decks of the ship, they re-created it in photo-realistic CGI while the real Disney Wish was still under construction.

Next
Scaffolding Removed Outside Guest Relations in EPCOT