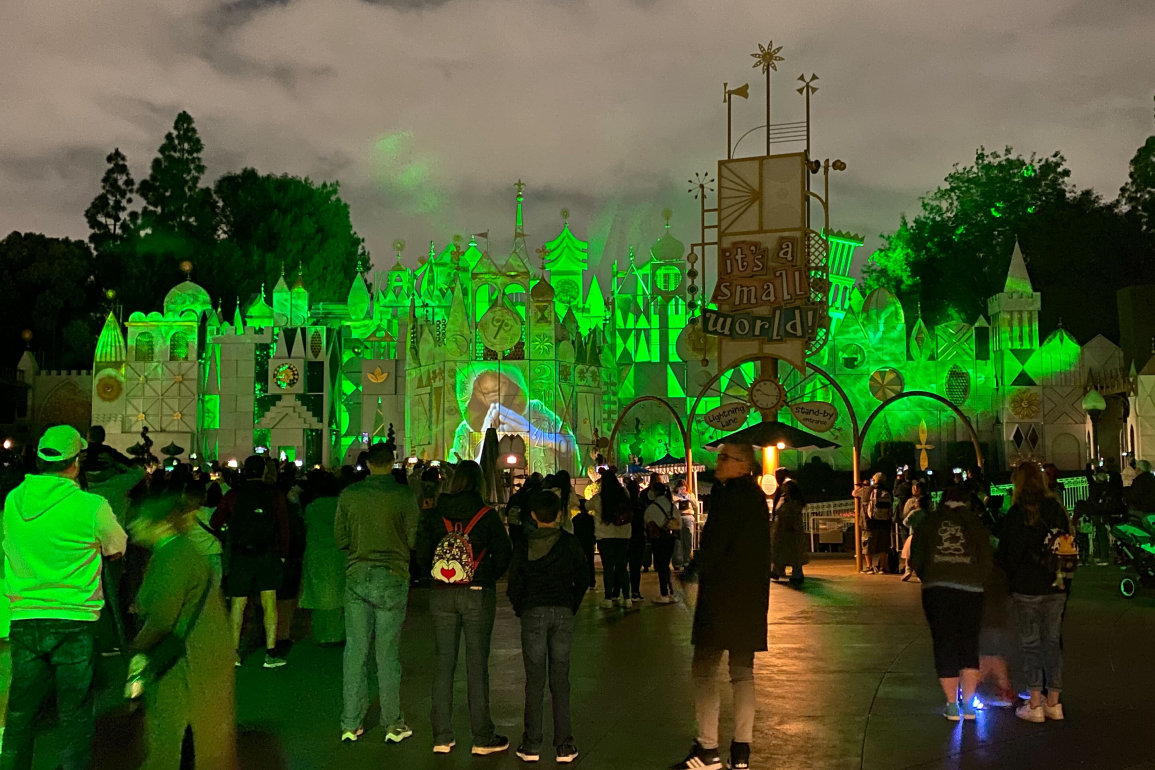 We may not talk about Bruno, but Disneyland sure is! A new “Encanto” projection show began tonight on the façade for “it’s a small world” featuring the hit song “We Don’t Talk About Bruno” and images from the movie.

The entire song is used to depict the show, with projections taking advantage of the It’s a Small World facade’s unique features to synchronize with the show.

You can watch our video of the show via the Disneyland News Today Twitter.

For more “Encanto” at Disneyland, guests can now meet Mirabel in Frontierland near Rancho del Zocalo. Additionally, an “Encanto” float will be part of the new multi-part finale float for the Main Street Electrical Parade when it returns on April 22.