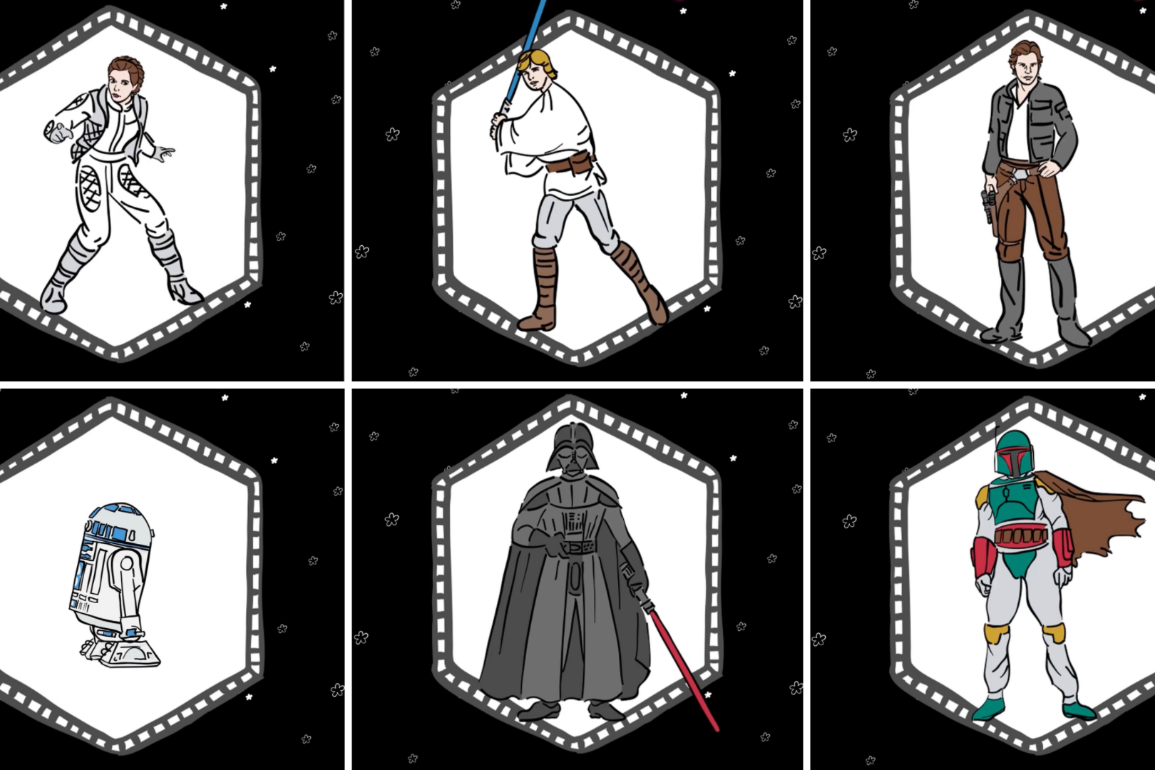 Vera Bradley has revealed more of the characters that will be featured in their upcoming “Star Wars” collection, having previously announced that Chewbacca, R2-D2, and C-3PO would be featured.

Several original trilogy characters were featured in this preview video Vera Bradley shared on Instagram. They are all in a hand-drawn, somewhat cartoonish style.

Of course, “The Unexpected Hero” Luke Skywalker will be featured in his classic Tatooine outfit with his father’s blue lightsaber.

“The Rebel Princess” Leia has been drawn in her white Hoth outfit from “The Empire Strikes Back.”

The trio wouldn’t be complete without Han Solo, “The Dashing Rogue.”

Bounty hunter Boba Fett will be featured, with his full outfit and armor from the original “Star Wars” films, not as he recently appeared in “The Book of Boba Fett.”

“The Menacing Villain” Darth Vader is pictured with his red lightsaber ignited.

The preview video also included another glimpse of “The Resourceful Sidekick” R2-D2.

The collection will include bags, apparel, home decor, and more. Fans can sign up for email updates regarding the collection’s release on the Vera Bradley website.