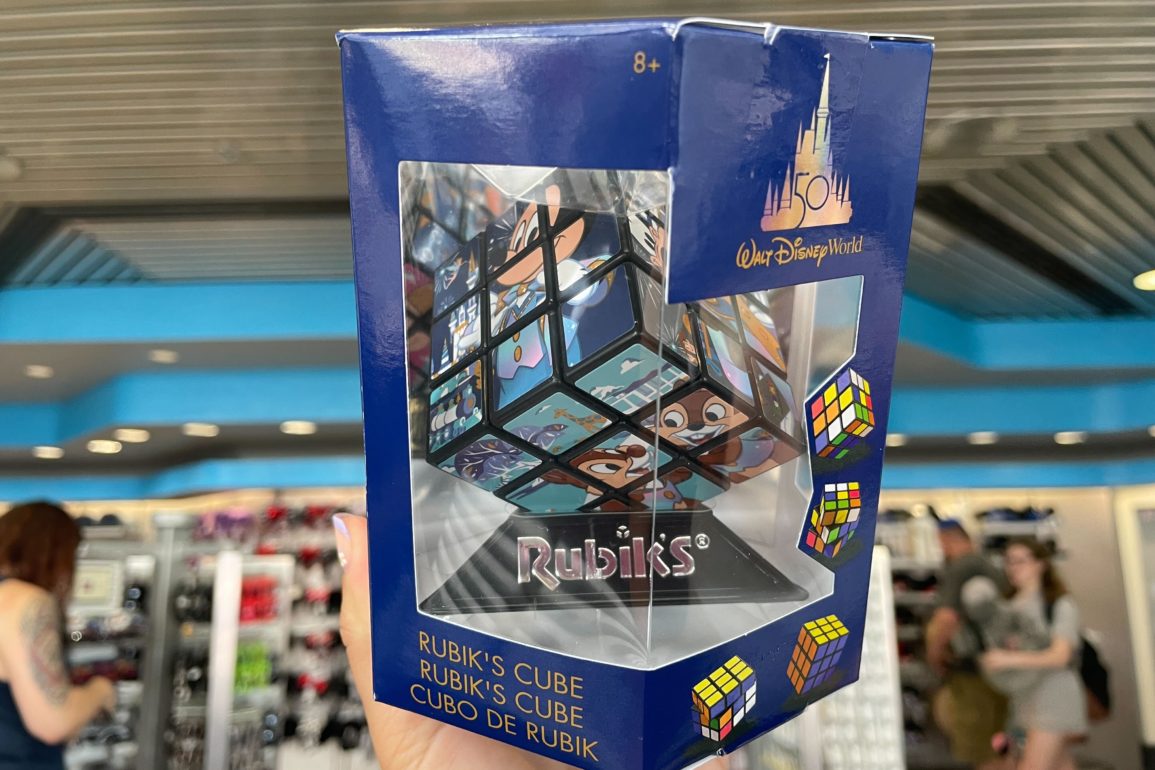 A special new Rubik’s Cube celebrating 50 years of Walt Disney World has spun into the parks. We first found it at Gateway Gifts in EPCOT.

Each side of this 6 x 6 Rubik’s Cube features a different Disney character in their 50th anniversary outfit.

Behind the characters are park icons, such as Cinderella Castle and Spaceship Earth.

Will you be solving this puzzle? Let us know in the comments and check out more 50th anniversary merchandise.

Next
VIDEO: Disney Shows Off Cast Member Reactions to Guardians of the Galaxy: Cosmic Rewind at EPCOT