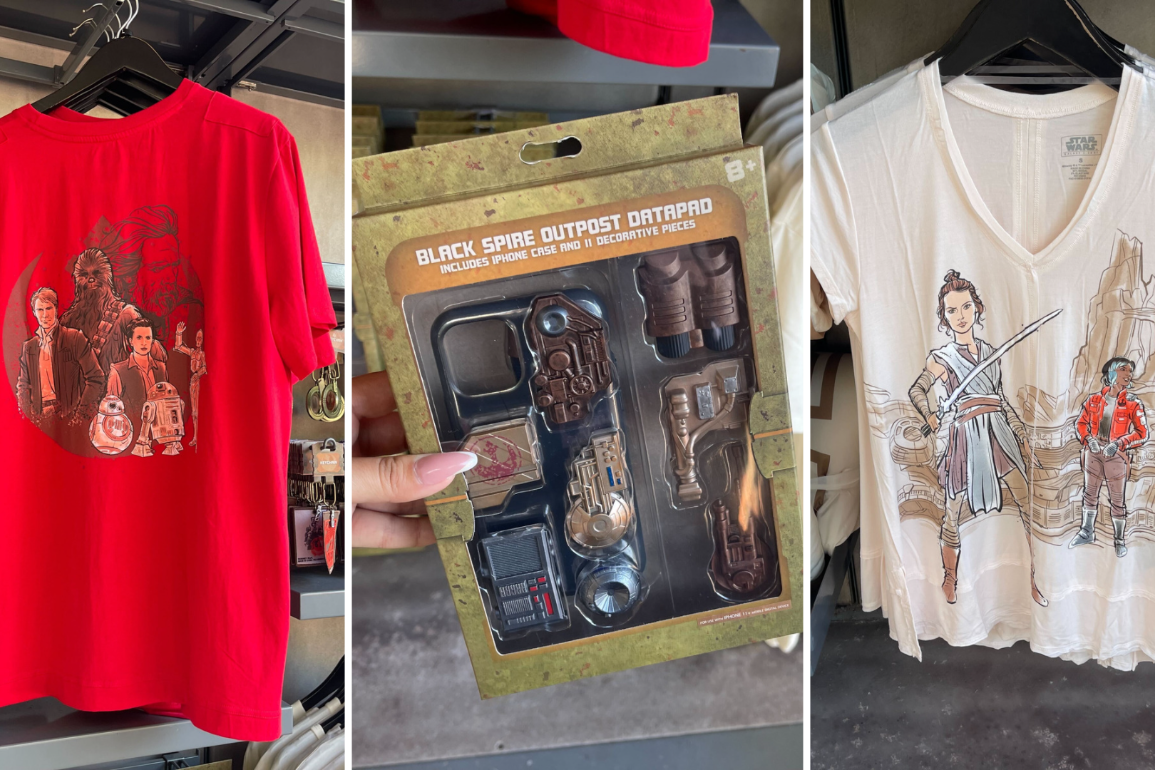 Users can mix and match the pieces to create their own sci-fi” Datapad” straight out of the “Star Wars” universe.

They are standing in front of the Millennium Falcon as it is docked at Black Spire Outpost.

The left sleeve has a Black Spire Outpost logo.

This red tee features Resistance heroes as they appeared in “Star Wars” Episodes 7, 8, and 9. Han Solo, Chewbacca, General Leia Organa, BB-8, R2-D2, and C-3PO are over a large Resistance logo and an image of Luke Skywalker.

The Black Spire Outpost is in gold on one sleeve.