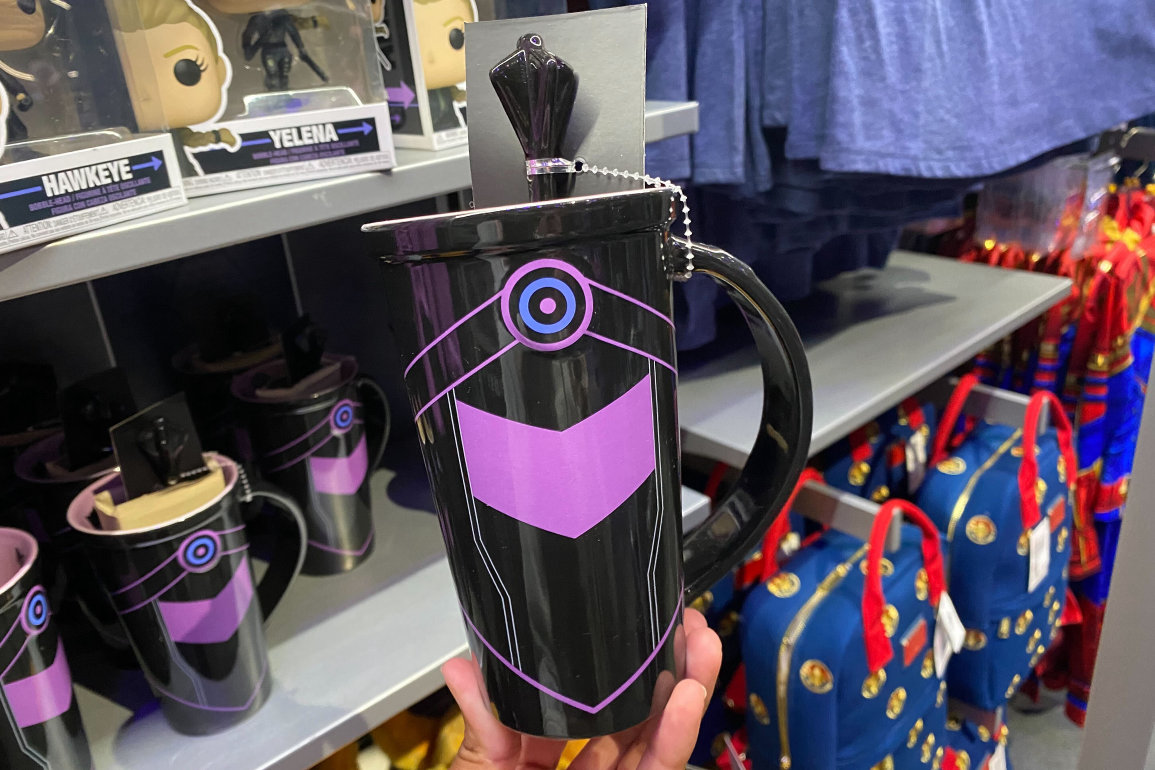 A new black and purple mug themed to the oft-overlooked, but no less heroic Avenger Hawkeye has landed at Disney California Adventure! Specifically, we found this stylish new mug and spoon combo at Stage 17 in Hollywood Land.

The mug is primarily black, with purple accents representing Hawkeye’s distinctive costume in the Disney+ series of the same name.

A spoon in the shape of an arrow’s tail is also included with the cup.

We found this at Stage 17 in Disney California Adventure, so keep a sharp eye open to bring home this piece of “Hawkeye,” and don’t miss other “Hawkeye”-themed merchandise we’ve spotted lately!