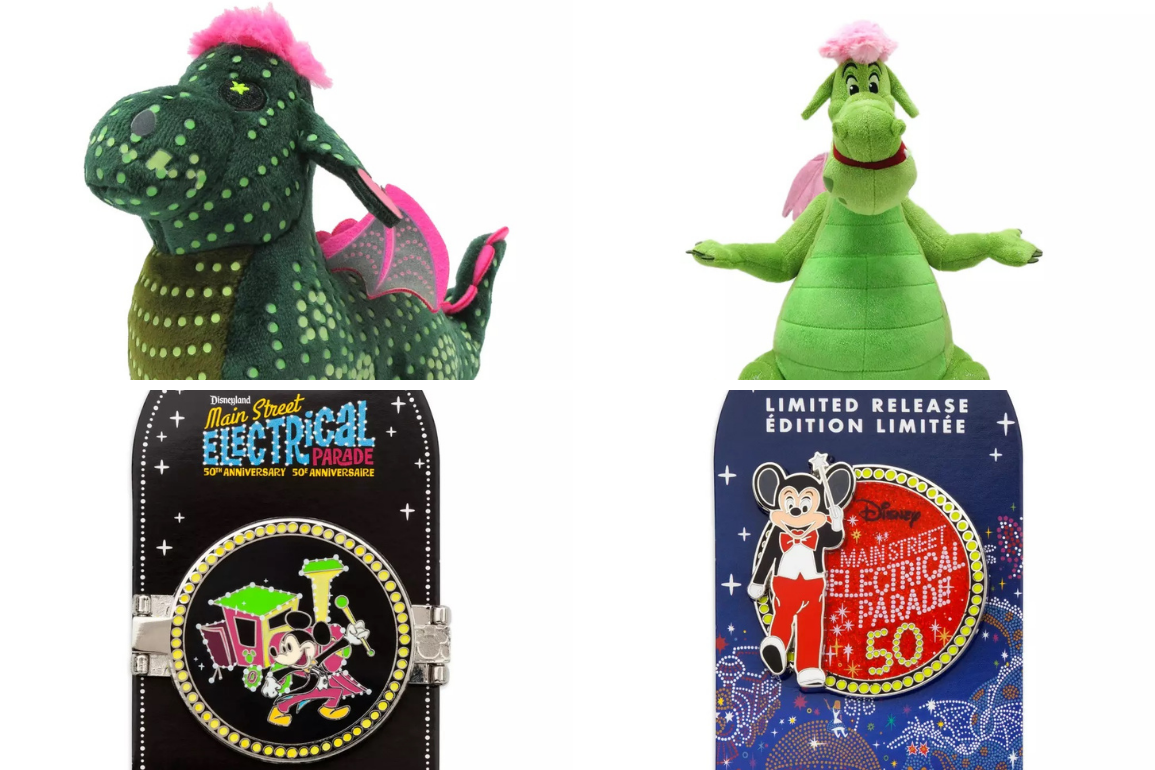 If you’ve noticed a glow around shopDisney, don’t adjust your screen, it’s only because The Main Street Electrical Parade is back at Disneyland for its 50th anniversary, and there’s new merchandise to celebrate the return of this classic Disney Parks offering! Let’s take a look at what’s new!

The latest series of Wishables features four floats from the parade.

And in the spirit of the parade, they glow in the dark!

The lightning bug boasts a pair of colorful wings.

The twinkling turtle has a set of green dotted panels on its shell.

Mickey’s drum features a blue flag with Mickey’s head on it.

The reverse has the classic parade logo.

The chase in the series features a turtle with a sparkly hat, which also glows in the dark.

The open plush in the series is none other than Elliott from Pete’s Dragon.

He looks incredibly striking with its glowing dots.

Of course, if you like your dragons slightly bigger (and Elliott certainly is larger than life), there’s also a medium-sized plush.

Pin collectors can also find something to enjoy with a pair of new pins. This folding pin features Mickey marching in front of Goofy’s train on the front, with it opening up to show Captain Hook on his pirate ship, along with Alice on her mushroom, aside a vanishing Cheshire Cat.

And finally, for the nostalgic, there’s this pin marking the 50th featuring a ’70s-inspired Mickey Mouse.