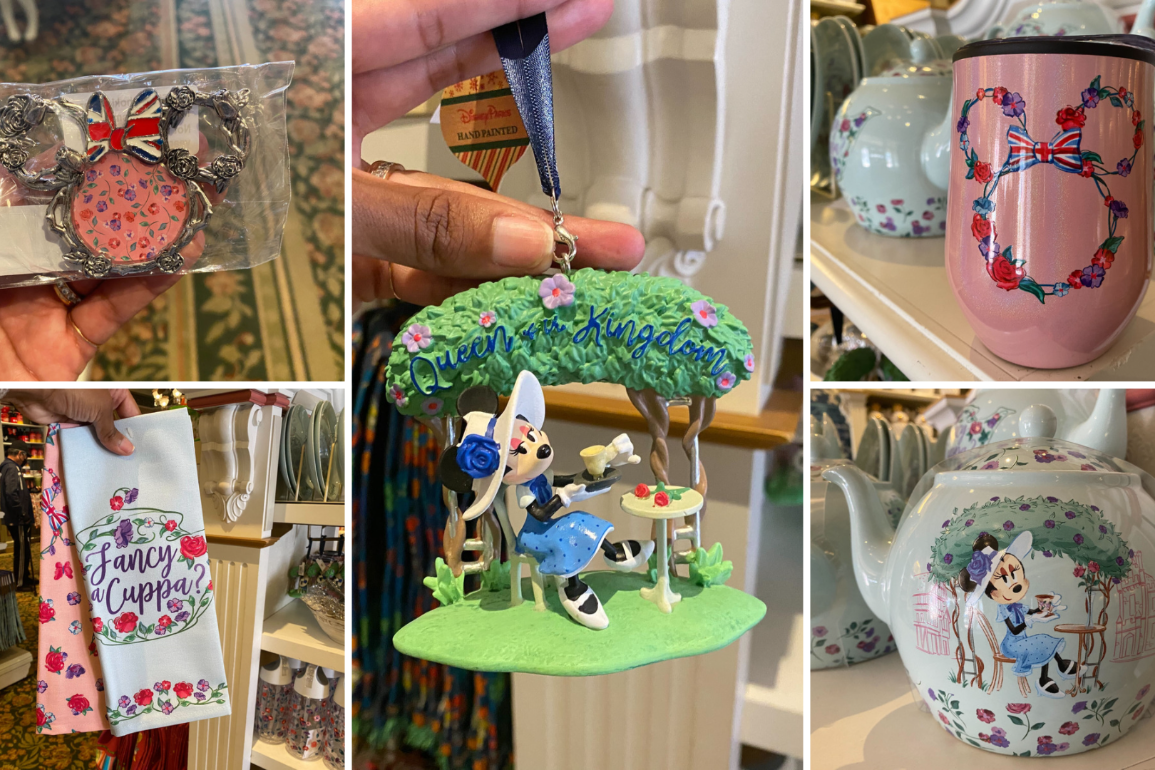 Several more items from EPCOT’s U.K. Pavilion have arrived at Disneyland Resort, all inspired by Minnie Mouse. We found these in the China Closet at Disneyland.

This magnet has a pink center covered in flowers and a silver frame.

The frame creates the shape of Minnie’s ears, with a bow in the center that resembles the United Kingdom flag.

This teaspoon is similar to the magnet.

The handle has a pink flower-patterned center in an intricately carved Minnie frame.

This mint-green teapot features Minnie in a blue dress under a trellis, sipping tea.

The other side has a teapot full of flowers and the words “Fancy a cuppa?”

The lid is covered in purple and pink flowers.

This travel cup is a sparkly pink.

On one side is a Minnie head made out of flowers and a United Kingdom flag bow.

This transparent bottle is patterned all over with pink and purple flowers.

One side reads “Queen of the Kingdom.”

The other side reads “United Kingdom.”

The cap is white and grey.

One is mint green and reads, “Fancy a cuppa?”

The other towel is pink and patterned with more flowers and butterflies.

This ornament once again features Minnie sipping tea under a trellis.

The trellis reads “Queen of the Kingdom.”

This green plate matches the teapot, reading “Fancy a cuppa?” in a flowery teapot image. It also reads “United Kingdom” along the edge.

The green apron has the “Fancy a cuppa?” teapot on the top.

Butterflies and flowers emerge from the spout.

The bottom is patterned all over with pink and purple flowers.

The straps are black.