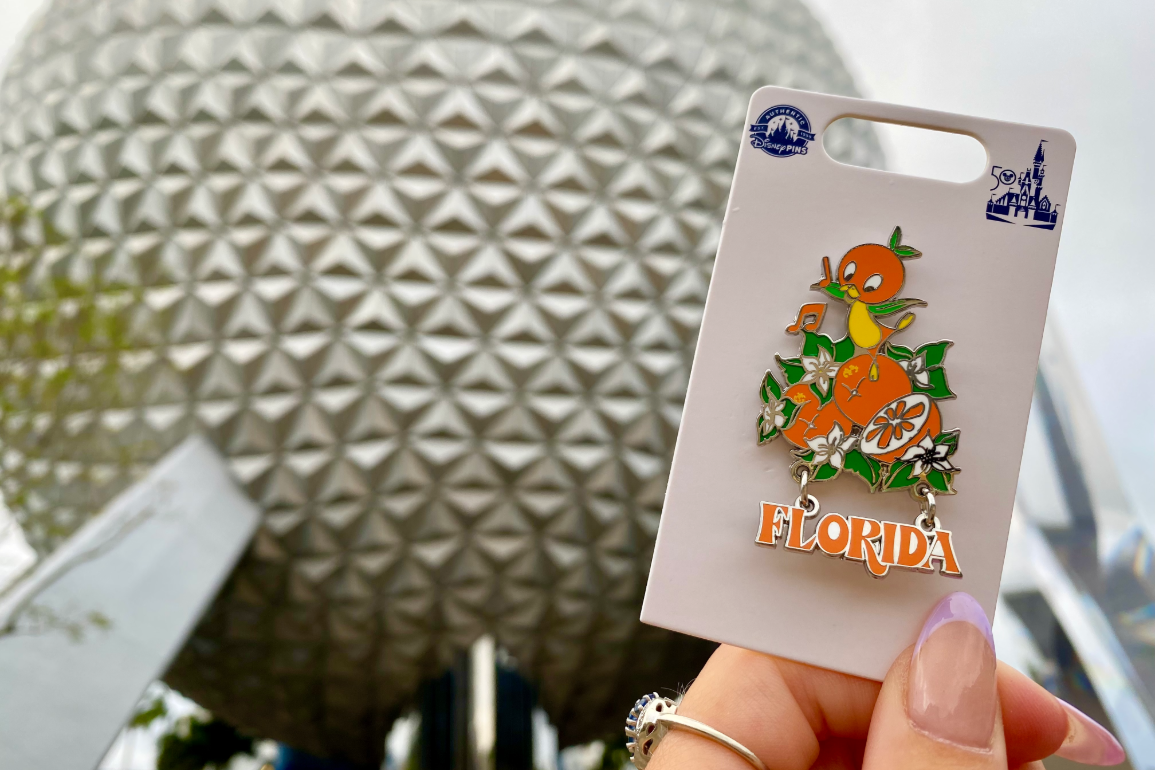 Good morning from EPCOT! It’s a little gloomy today, and we’re hoping to make our rounds before the oncoming rain, so let’s get started!

We started our day with a ride on the Monorail, where we got to see more markings added on the ground at Guardians of the Galaxy: Cosmic Rewind.

Making our way up to Creations, we noticed some new directional signage installed under the old Innoventions Breezeyway that included the new Neighborhood logos and a “Coming Soon” marker for Guardians of the Galaxy: Cosmic Rewind.

After a bit of shopping, we head into World Showcase, where there were some small character additions to the ‘Fantasia’ topiary in the promenade area.

Spike the Bee and Figment have some new additions to their Flower & Garden merchandise collections at Port of Entry.

Over at the Imagination pavilion, pavement continues to be scored and replaced in front of Journey Into Imagination with Figment.

As we made our way around World Showcase, the Germany and Japan pavilions are also receiving some areas of repaving.

After a stroll around World Showcase, we hopped over to Disney’s Yacht and Beach Club, where pavement (theme of the day) has been replaced on the walkway to the Convention Center near the front of the resort.

Part of the new selection of Easter eats and treats at Walt Disney World, Mickey & Minnie Chocolate Easter eggs are available at both Disney’s Yacht Club and Disney’s Beach Club.

Near the back of the resort, the gazebo area behind Hurricane Hanna’s is being repainted.

Stormalong Bay bridge is still covered in scrim and scaffolding as workers appeared to be painting here also.

Across from Disney’s Yacht Club, the dock to the Friendship Boats has had quite a few of its boards replaced, and the lighthouse appears to be receiving some fresh paint soon.

We finished our day with a short stroll along Disney’s BoardWalk before making a mad dash out of the parks before the rain made an appearance; stay dry out there!