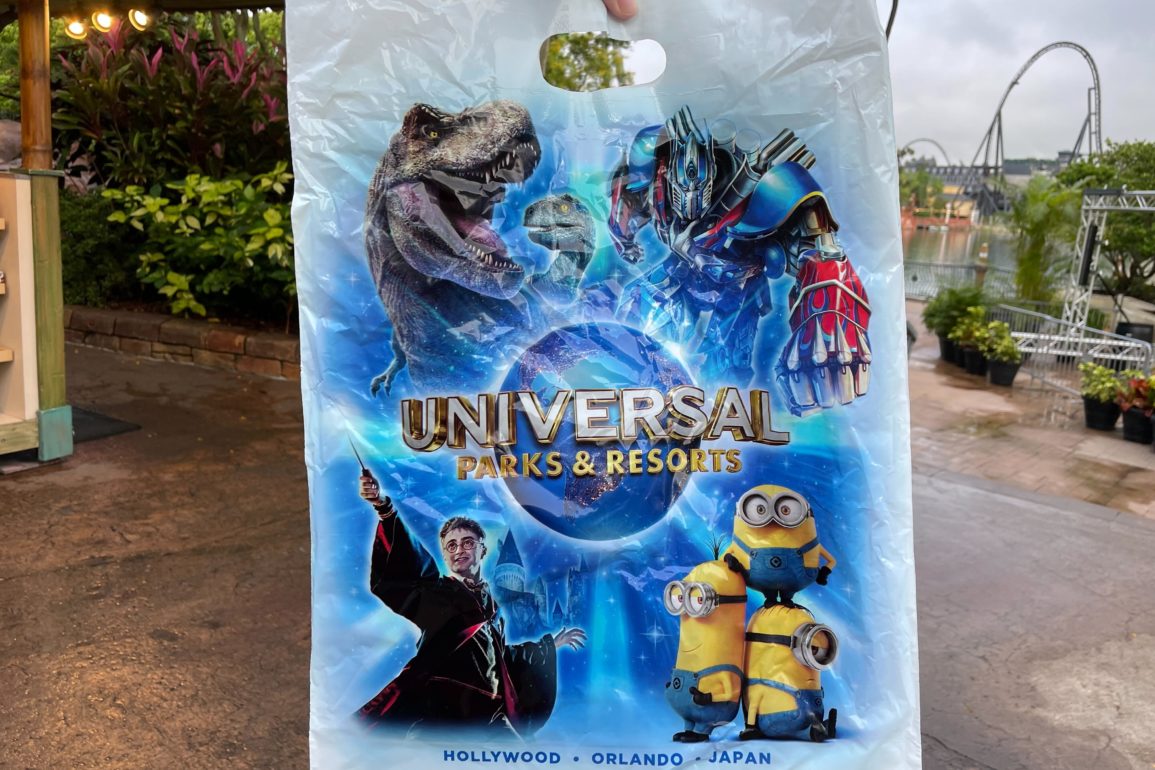 Universal Orlando Resort has debuted a new plastic shopping bag to be used at Universal Parks & Resorts around the world.

The bag is white with the Universal globe at the center and magical blue light coming out of it. The characters featured on the bag correspond to Universal Parks’ current main franchises (except Nintendo).

A T. rex and velociraptor for “Jurassic Park” are in the upper left corner.

Optimus Prime is in the upper right.

Harry Potter, with Hogwarts in the background, is in the lower left.

And three Minions are in the lower right.

Hollywood, Orlando, and Japan are all listed at the bottom of the bag, as is www.universalparks.com.