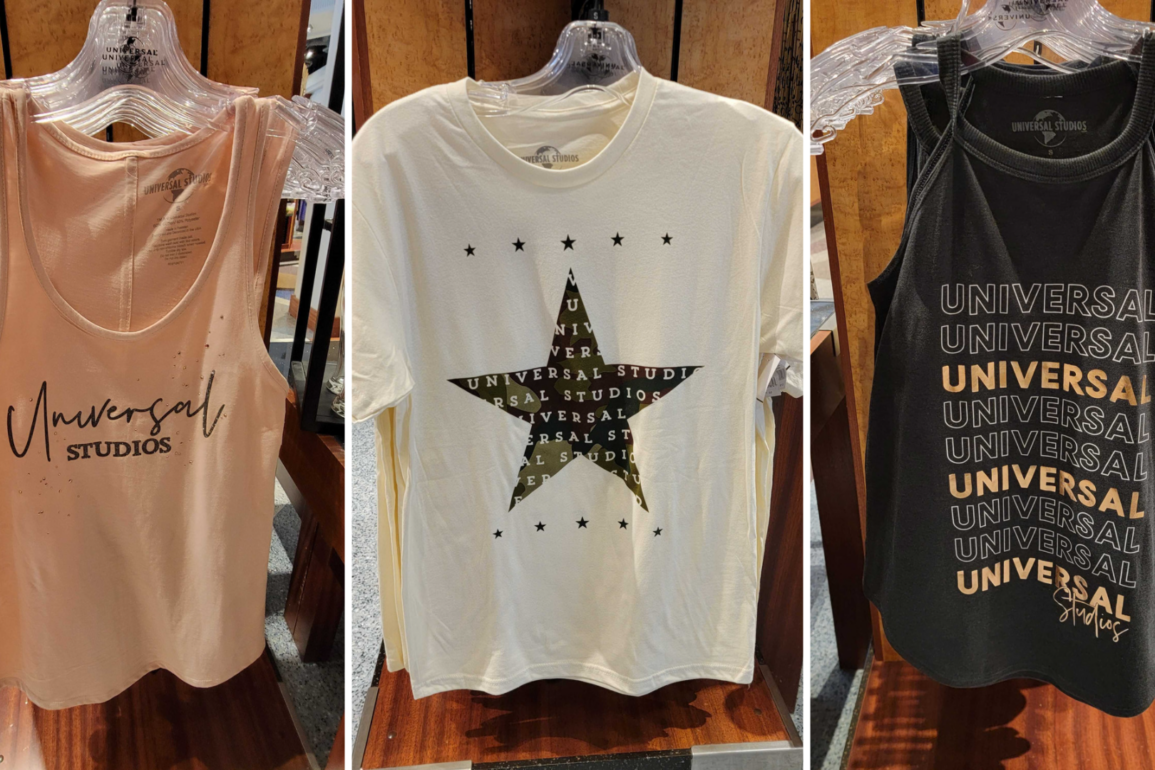 This shirt is camo-green with five black stars on the front.

“Universal Studios” runs down the spine of the shirt on the back.

This tee is off-white, with a giant star in the center.

A row of five black stars is at the top and bottom.

The center star is camouflage, with “Universal Studios” patterned across it in white letters.

This tank is light pink, with “Universal Studios” on the front and some black speckles.

“Universal” is in a hand-written style while “Studios” is a regular typeface.

This tank is black with “Universal” repeated several times down the front of it.

Most of the “Universal”s are in white outlined letters, but three are golden. “Studios” is in a script at the bottom of the shirt.

These were in the Upper Lot Universal Studios Store. Also check out the “Universal Peace, Love, Vibes” recycled shirt.