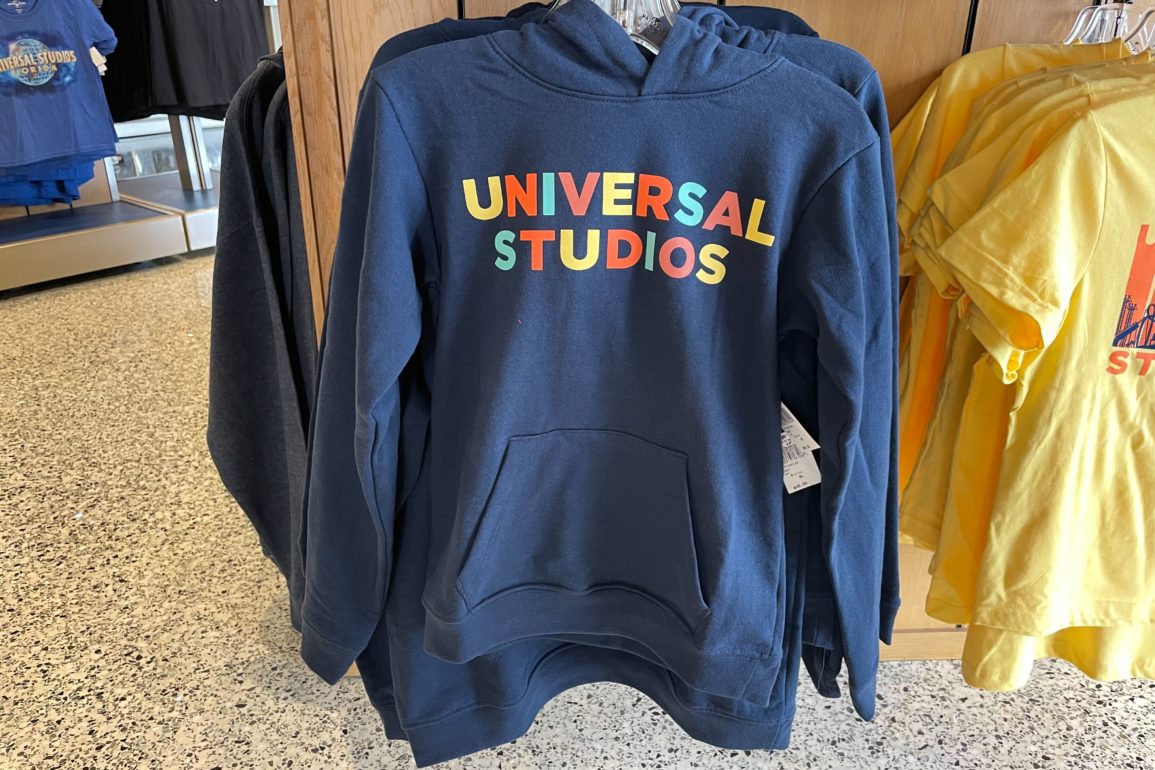 Universal Orlando Resort continues to add new items to their colorful merchandise collection featuring park icons. This line has vibrantly colored images of the Universal globe, the Universal Studios Florida entrance archway, the Islands of Adventure Pharos Lighthouse, and Krakatoa from Volcano Bay. Take a look at the new youth hoodie below.

There are no designs on the back of the hoodie, but you will find some colorful print on the interior. The park icons are featured in bright colors among the movie cameras, palm trees, and pretty much everything else you’d associate with the idea of “Hollywood.”

We found this hoodie at the Universal Studios Store in CityWalk.

A version is also available at Universal Studios Hollywood, featuring the Studio Tour Tram rather than the Pharos Lighthouse and Krakatoa.