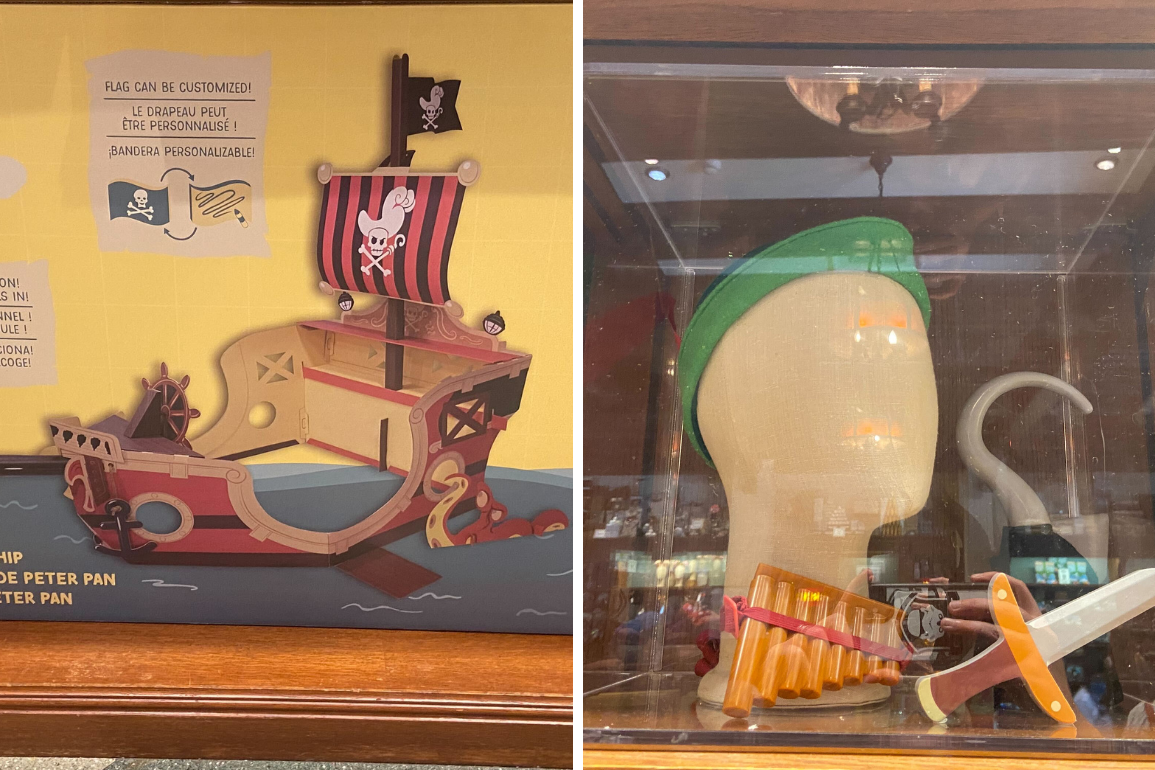 This play pirate ship boasts a working cannon and an anchor that reels in.

This set is suggested for children aged six and up.

Kids can adjust the height of the flag and sail.

Children as young as three can enjoy the Peter Pan Role Play Set.

If you’re looking to bring home some fun from the parks, you might not want to miss these new playsets. And don’t miss the new puppet theater we spotted a few weeks ago!

Do you know a little one who would love these Peter Pan play sets? Let us know in the comments.