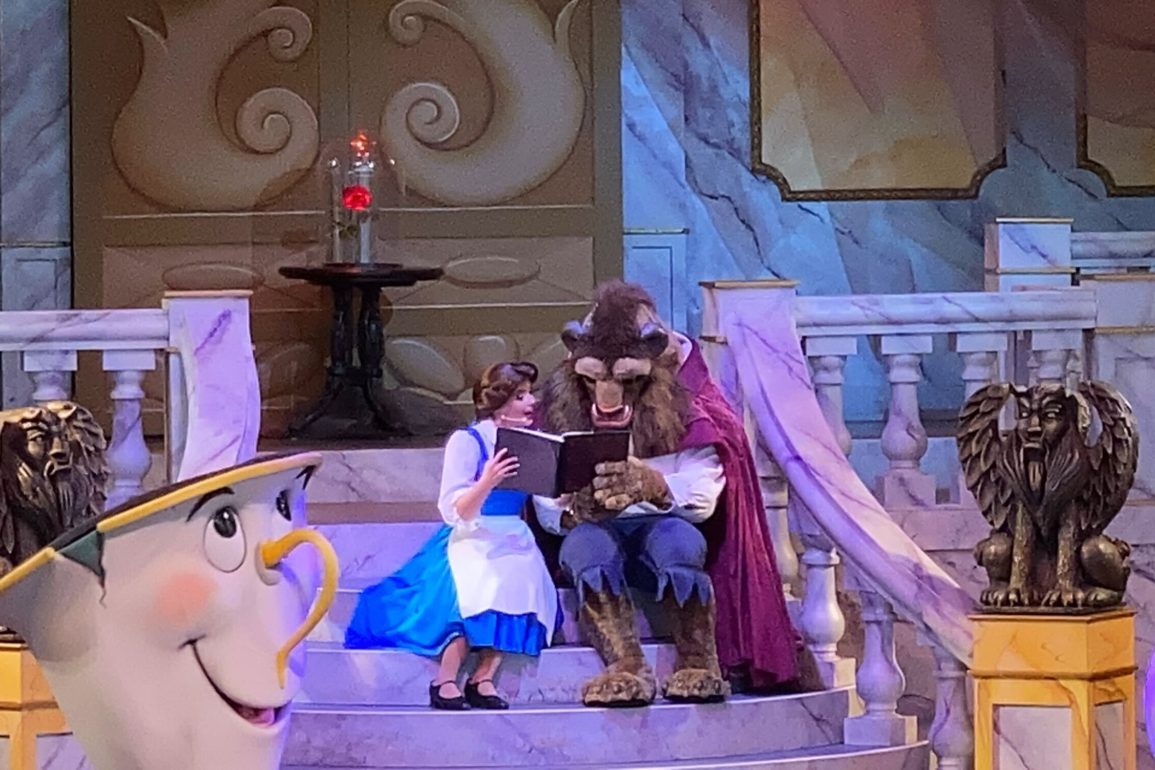 PHOTOS, VIDEO: Belle & Beast Embrace Again as Distancing is Removed From ‘Beauty and the Beast – Live on Stage’ at Disney’s Hollywood Studios

Physical distancing has been mostly removed from performances of “Beauty and the Beast Live on Stage” at Disney’s Hollywood Studios. Since the show returned last year, actors have remained approximately six feet apart from each other, with Belle and the Beast never touching. The removal of distancing comes as guests are once again allowed to hug and high-five characters throughout Walt Disney World.

The cast is still smaller than it once was and the actors remain distanced in some scenes of the play.

The dancers are still more spread out than they were prior to March 2020.

The biggest change is with Belle and the Beast through, who get to sit next to each other and read again.

Belle also now runs to the Beast’s side when he collapses.

When he turns into a human, the two embrace instead of circling each other on stage.

They hold hands to exit.

They return to stage holding hands.

The ensemble members do not dance in pairs and remain far away from the main actors.

The prince and princess take hands again to walk down the stairs.

Prior to the COVID-19 pandemic, they did share a kiss. This has not yet been added back to the performance.

Instead, they just face each other for a moment.

The entire cast then returns to the stage, with Gaston and the Enchantress nearly in the wings, before the curtain closes.

Watch our video of the performance with less distancing below.