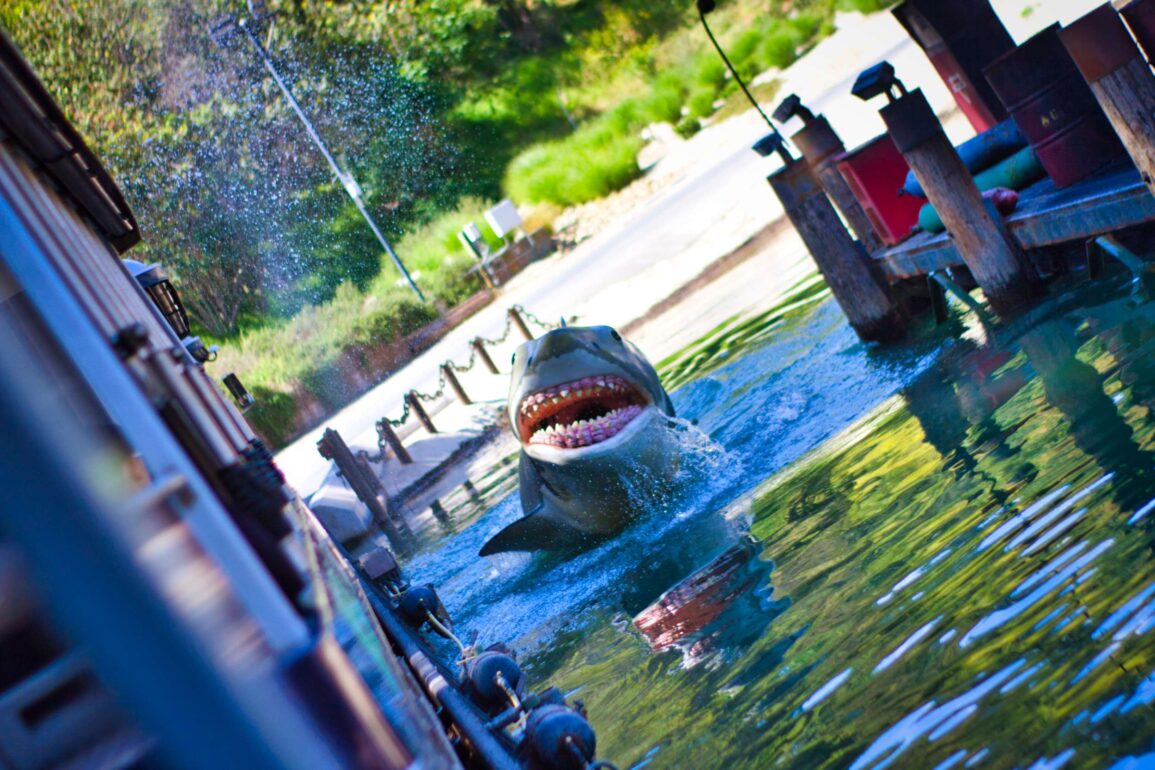 On our way into the park, we noticed a new wrap was added to the entrance of the Universal Studio Store in CityWalk. The new wrap features some of the fearsome dinosaurs of the upcoming film, Jurassic World: Dominion.

Inside the Studio Store in the park, we found a whole collection of new amber logo Jurassic World merchandise for the new film. From Yangchuanosaurus to Dsungaripterus to Therizinosaurus, there were new and obscure dinos everywhere.

One of the big draws for us today was to ride in an electric tram. The fleet of 25 trams will be all-electric by 2025, and they’re starting with the first four trams that have already been rolled out.

A new intro video, hosted by Al Roker, plays on the tram to explain the initiative. You can see the full video on our YouTube channel, or by clicking on the video below:

And aboard the electric tram, we got to see all the best of the backlot, from Six Points Texas…

to the quaint little New England town of Amity Island…

to a seedy motel along the old highway where the motel owner makes sure to stop by personally for check out.

After the tram pulled back into the theme park, we stopped over at the Super Nintendo World construction site to see a pyramid rising from the scaffolding.

Take a look at our full tour right here:

The characters were out in force today, entertaining the masses of guests who descended on the park.

We spotted this cute couple taking a stroll around the Upper Lot and interacting with guests. You can see our whole visit with them right here:

Next
‘Loki’ Miss Minutes Plush Clocks in at Disneyland Resort