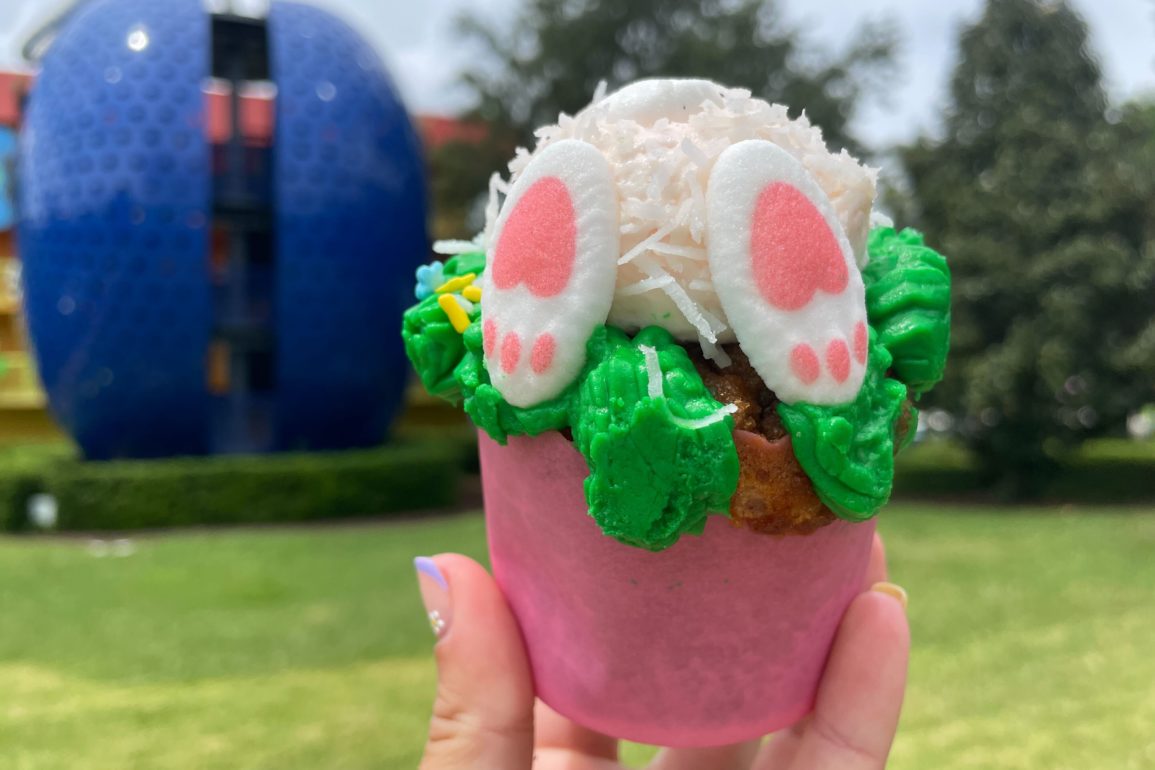 Multiple Walt Disney World Resort hotels have a new coconut sugar bunny cupcake for Easter season, and we picked it up at Disney’s Pop Century Resort.

In addition to Everything POP Shopping & Dining at Pop Century, the bunny cupcake is available at the following locations:

This is a good cupcake. It’s not overly sweet, as Walt Disney World cupcakes can be.

The bunny is mostly made out of coconut shavings all over the buttercream, making it look like fuzzy fur.

There are hints of cinnamon throughout the carrot cake, which is light and fluffy.

The pineapple filling is slightly tart and cuts through the sweet carrot cake.

This is exactly what we think Easter would taste like and would gladly get another.

This cupcake will be available through April 23. Check out the full list of Easter treats available at Walt Disney World.

Next
‘Play in the Park’ Shirts & Hats Arrive at Disneyland Resort